The Selah Branch: A Novel of Time Travel & Race In America 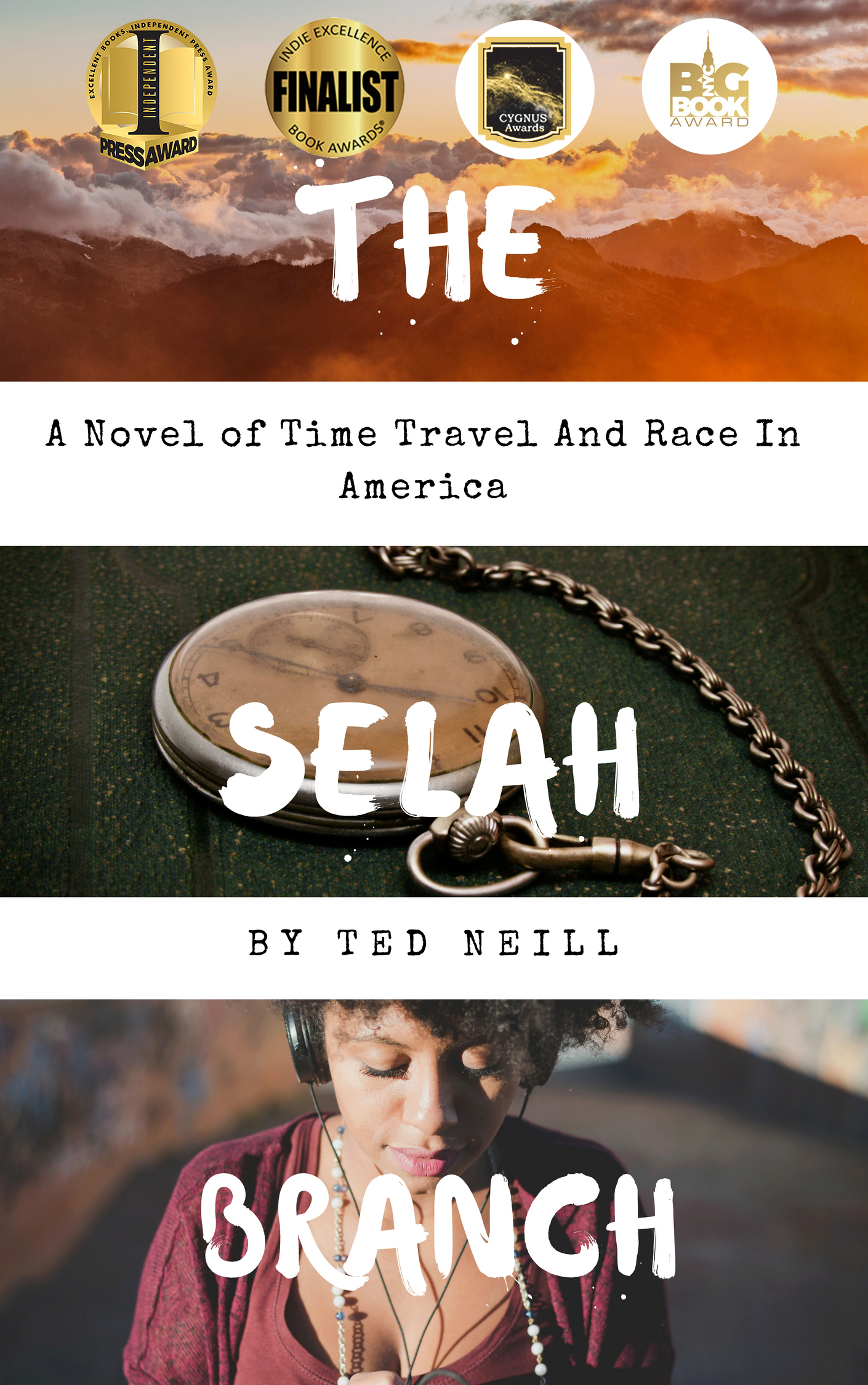 A black college student in a rural West Virginia town, Kenia Dezy already feels out of place. When an unexplained phenomenon starts transporting her back to pre-civil rights 1953, Kenia begins to unravel secrets that powerful men would rather keep hidden, even if it means massacring an entire town.

Summer of 2017, Kenia, an affluent college student, is sent to WVA instead of Haiti for her summer practicum. She befriends a white family of kids running their own YouTube channel and cared for by their brother, an Iraq war vet with PTSD. When Kenia begins time traveling, they investigate with her.


Kenia uncovers a 70 year old conspiracy that covered up multiple murders and an industrial accident that altered the course of history in Selah Station. When her new friends are threatened in the present, she enlists their grandparents in the past to help save them and change the course of history.

The best pitch for The Selah Branch comes from its readers and reviews: “This book is full of important issues, of the present and the past. It's a book for all colors of people to read, and it just might help open your eyes up to some of the things suffered by black people for decades and centuries. While this is, at its core, a mystery novel about time travel, it's also a brief lesson in history. It's engaging and thought-provoking.” “Great read!! Modern day story with tons of exciting twists. Really great how current events were a part of the storyline. Easy read because you have got to know what's happening next.” "The Selah Branch is an exciting, insightful story that surprised me with the richness and complexity of its characters. I loved it even though it brought some painful realities to light. Bold. Inventive. Moving. Challenging. It raised issues and introduced ideas I'd never considered before. Powerful. Read this book.” In the The Selah Branch, characters from disparate walks of American life come together across social divides to demonstrate what is best about the American Dream. The story is current, relevant, and accessible. Source material is easily adapted into a film with potential to be built upon for a series: best described as a racial justice version of Quantum Leap. Shooting, costume, and special effect budgets would be modest.

Globetrotter and writer Ted Neill has worked on five continents as an educator, health professional, and journalist. His writing has appeared in The Washington Post, Recovery Today, and he has published a number of novels exploring issues related to science, religion, class, and social justice. He is the 2013 winner of the Martin Luther King Jr. Torch of Peace Award. His 2017 novel, The Selah Branch, attempts to confront issues of racism and the divided political environment of the US today and the 1950s. His debut novel, City on a Hill, examines the fault lines of religious conflict in the Middle East. His most recent novel, Reaper Moon, battles the recent rise of white nationalism and white supremacy within the US, exploring the high stakes at the level of the personal and political. He is also author of two award winning memoirs, Two Years of Wonder which chronicles his time living and working at an orphanage for children with HIV/AIDS and Finding St. Lo a combined account of his grandfather Robert Fowler’s WWII experience as well as a decorated medic in his unit, Gordon Cross. Follow Ted on Facebook and Instagram @therealauthortedneill