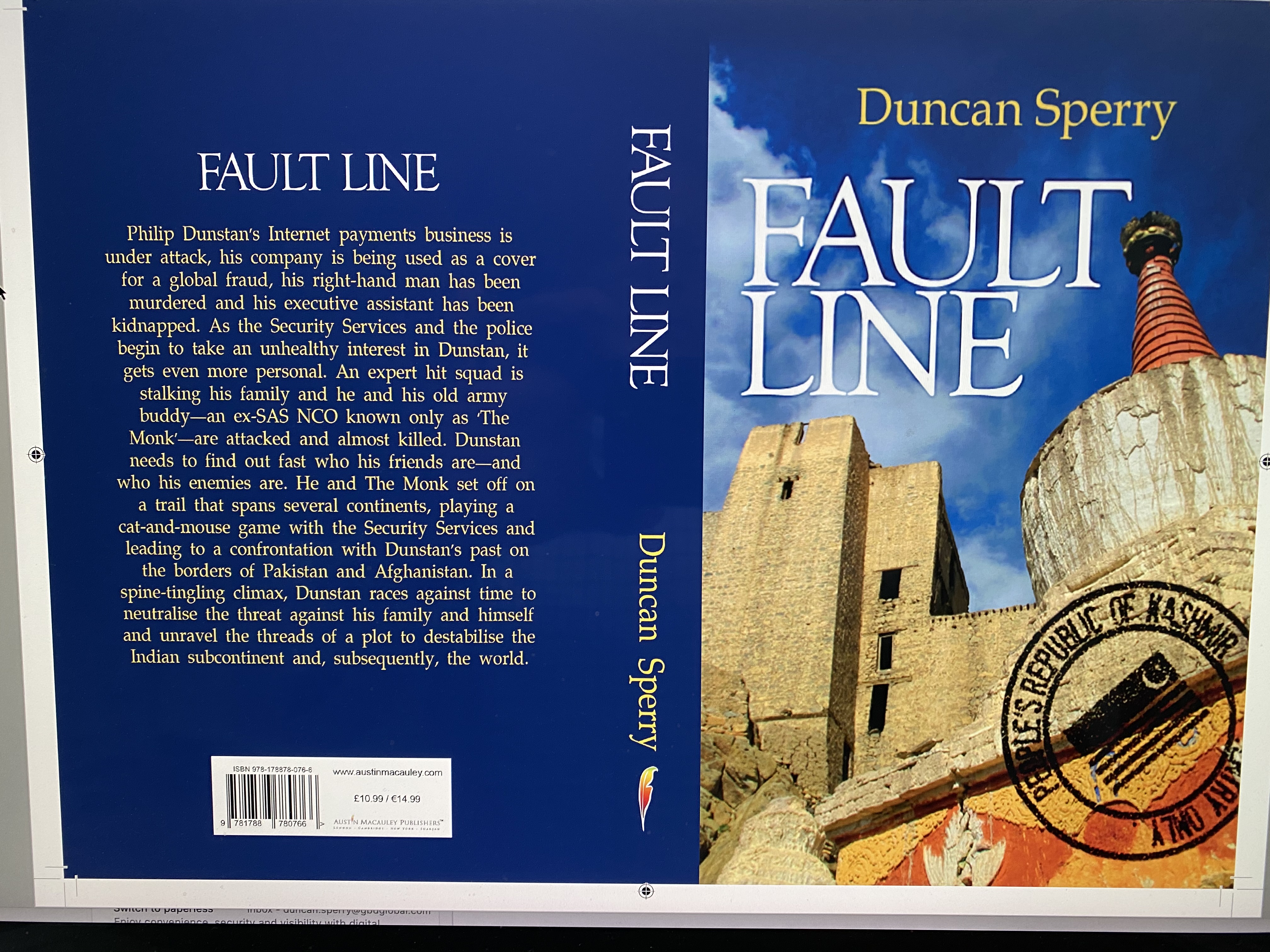 At the heart of story is a global payments fraud, used to fund international terrorism. As the plot unfolds across three continents it becomes clear that this is also a personal attack on the "flawed hero", Philip Dunstan, who has to dig deep into his past in Special Forces to find out who and why.

Philip Dunstan's Internet payments business is under attack, his company is being used as a cover for a global fraud, his right-hand man has been murdered and his executive assistant kidnapped. As the security services and the police take an unhealthy interest in Dunstan, it gets even more personal.


With the help of an old Army buddy, ex-SAS NCO "The Monk", Dunstan confronts his past and his nemesis, Anil Ghol, in Kashmir (along the "Fault Line" with India) but on returning to the UK, he has to save his family from an assassination squad, and clear his name with Security Services.

This is a plot which reflects the complexity and obfuscation of the modern world of international terrorism, funded through financial fraud, and the challenges Security Services have to deal with in countering it. Enacted in a world where geographical and physical boundaries are blurred, if not wholly absent, the picture is never complete and nothing is ever quite what it seems: it is a "Grey War" played out across international boundaries. Friends and others have said to me this "reads like a film" and should be a film or TV series, "a bit like The Night Manager" (to quote more than one person). Even though the inherent complexity and uncertainty of the plot is played out through the main protagonist, Philip Dunstan, the hero for me is Celia Fanshawe, Head of International Counter-Terrorism at MI5: the strength and depth of character of Celia and other female characters, such as Dunstan's wife, Faith, is something which I feel should resonate with a wide audience. There is plenty of "action" and "spy stuff' but the twist of the plot in Kashmir demonstrates the axiom, "one man's terrorist is another man's freedom fighter" as we gain insight into the mind of the "terrorist" antagonist, Anil Ghol; hopefully eliciting some sympathy for the man and his cause, a free and independent Kashmir. In short, it would make a thought-provoking, ambiguous, action-packed, emotional roller coaster of a film or TV series.

Ex-Army officer, climber, mountaineer, financial and data security consultant, Duncan's writings draws on his personal and professional life, supplemented by extensive research. He has worked and operated in over forty countries, spending much time in Middle East, The Gulf, South East Asia and India sub-continent. He has climbed in the Himalaya, Canadian Rockies, Alaska, and Tibet and is currently Chair of the Mount Everest Foundation. He takes a keen interest in geo-political and other "fault lines" around the world.