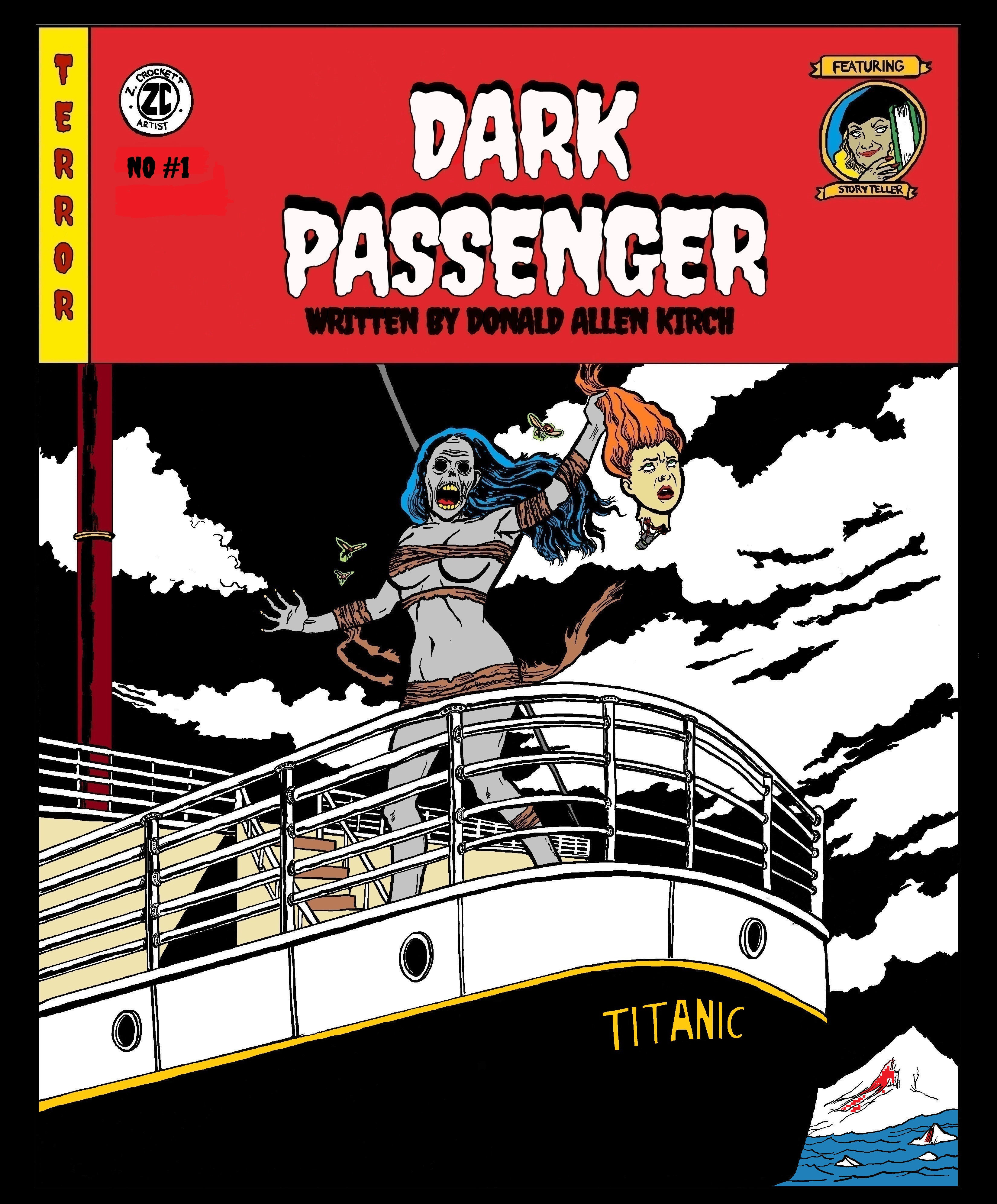 Onboard the RMS TITANIC, Professor Dennis Parker believes he's taking with him to New York the archeological discovery of a lifetime. As the voyage progresses, passengers and crew become the victims of several grisly murders - not seen since the infamous Jack the Ripper.

Dennis Parker, an archeologist, discovers a 3,000-year-old tomb that historians said DID NOT exist. Of a high priestess of Amon-Ra - a powerful woman in the "Cult of the Dead." Upon the tomb's discovery, his digging permits are expired. Dennis "secretly" sends his discovery home on the TITANIC!


Ka-Re, the high priestess, rises from her tomb and brings about the destruction of the R.M.S. Titanic. In her undead eyes, the Titanic is sailing off into "The West." This is the direction to "The Land of the Dead" - a place she can NEVER go...so, she destroys the "unsinkable" ship.

A haunting and mysterious tale of the Titanic's demise, DARK PASSENGER explores the idea that this disaster was the result of an ignored "mummy's curse." Somewhat based on a "legend" stated in a 1922 British newspaper article, a cursed sarcophagus, belonging to a High Priestess of "The Cult of the Dead," was cataloged as being within the cargo hold of the R.M.S. Titanic. It was heading to the New York Museum of Natural History - it never got there, of course. There are those who FIRMLY believe that a curse caused the famous ship to sink on April 15, 1912, taking over 1,500 souls to the bottom of the North Atlantic. This is a thrilling tale of murder, intrigue, and ancient curses aboard the notorious Titanic on her ill-fated maiden voyage.

Donald Allen Kirch is a multi-award-winning fiction author who lives in the United States. He is an avid reader of history books and Sherlock Holmes mysteries, and an enthusiast of the paranormal. Kirch is a prolific writer and has published numerous books of varied genres. Visit Donald's website at www.donaldallenkirch.com

Publisher: Why Not??? Publications