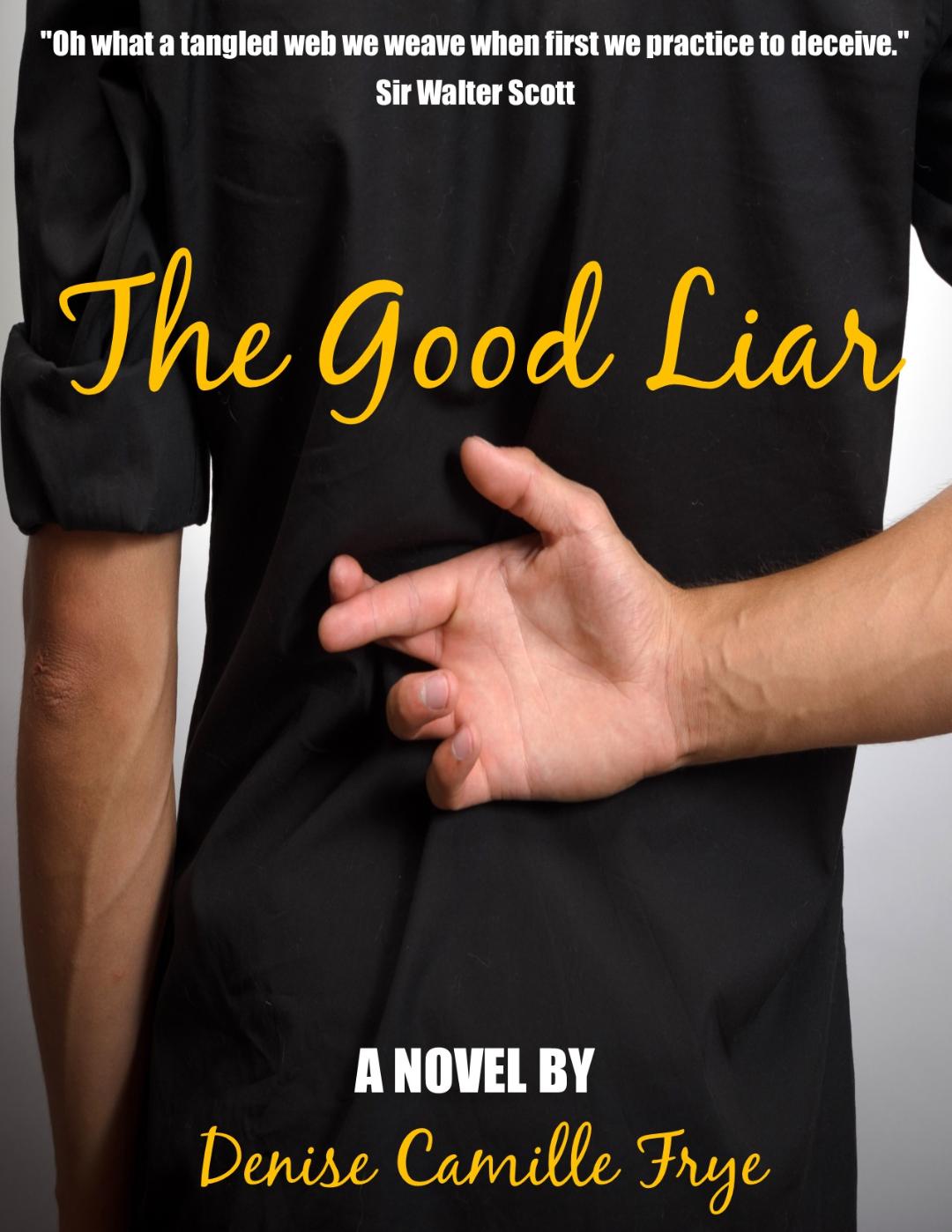 17yo Cassie Taylor's lifelong dream of stardom is thwarted by an abusive father & her own extreme naivety. Believing Sam Gordon was Godsent, she gives up her dreams,becomes pregnant & marries Sam whose own secret dreams, shockingly revealed in the end, never included Cassie & their love child.

Sexy but naïve high school senior, Cassie meets stud-ly Sam, 21 in a nearby neighborhood where her father allows her to babysit so she can pay her own graduation expenses. Believing Sam loves her, Cassie naively gives in to his quirky sexual advances and becomes pregnant.


When Sam lies to Cassie in order to attend an "exclusive" reunion event with the object of his wife's continuous jealousy, his real secret is revealed: Sam and his best friend, Chum who is currently dying of Aids, have been lovers since high school.

The Good Liar is loosely based on real events, opening in the present with Cassie and Sam, as older adults, in the throes of marital dilemma. Cassie discovers that Sam has lied to her to be with his high school sweetheart at their 50-year reunion, causing her to question everything Sam has ever told her since they met. Their love story unfolds through the use of flashback, taking the audience back to the sixties when the characters, like the cars of the period, are wildly beautiful, sexually charged, and in Cassie's case, so incredibly naive that she becomes pregnant on her first encounter. Cassie gives up her dreams of stardom to marry the man who impregnated her, but at last, feels safe from her father's extreme physical abusive. After forty years, Cassie learns along with the audience that Sam and his best friend have been lovers since high school - a fact made credible (because neither man exhibits qualities of the stereotypical gay male; think Rock Hudson and Jim Nabors) and made bearable by the final scene, wherein hints of better things to come for Cassie.

Although she has only three published novels to her credit, (Into the Fog, The Nestries, The Good Liar) Denise Camille Frye started writing at a very early age. She wrote her first romance novella at the age of fifteen, before she knew the meaning of the word. Prior to that, she kept a diary that she would sell her firstborn to have today. Unfortunately , the journal was destroyed in a house fire in which she and her family narrowly escaped with their lives – which is a whole “nother” story soon to be told. Denise is proud of her “hillbilly” heritage and weaves her southern roots into all her stories. If you liked her first book, you’ll probably like them all – she writes the way she talks, what she feels, and only stuff she knows. Denise Camille Frye hates research. Look for memoirs in the future.

Cassie sees her dreams being ruined by men. Firstly, her father stops her from being an actress, then her husband guards so many secrets that he prevents her from being completely happy. However, even with a difficult life, she still can find reasons to be thankful.

It does depict the book properly.

The author's writing style, in the first chapters of the book, is engaging. The story begins when the couple is already going through problems. Breaking the narrative in two different times makes the plot more intriguing.

After some chapters, the story starts to repeat itself. Cassie talks too much about Sam's ex-girlfriend. I understand that the author does it to intensify the final revelation, and also to show Cassie's naivety, but it feels repetitive.

It's the story of a couple that spends decades together, and then faces the fact they were never completely happy. It's also a story about hope, no matter your age.

I don't think so. The fact that the woman is betrayed by two gay men seems problematic, especially nowadays. This is the biggest revelation of the book, and it feels too controversial to conquer a large fanbase.

I don't think so. The adaptation would have to intensify Cassie's personal conflicts, and the dialogue would need to be improved to sound more profound and heartbreaking.

THE GIFT - THE WIFE DISCOVERS HER HUSBAND'S DARK SECRET. FREE FALL - A MARRIED MAN FALLS IN LOVE WITH ANOTHER MAN AND HAS TO CHOOSE BETWEEN HIS FAMILY AND HIS LOVE.

A man hiding a secret from his wife is not original, but it would feel more unique if this secret could be used to confuse the audience. Gradual revelations that would culminate in something unexpected, but believable and smart, would be the best choice.

The naivety of the protagonist stands out, but not necessarily in a good way. We root for her, but since Cassie accepts everything bad that other people do to her, we simply give up.

It's not a rare gem as it is. It has to be further developed to stand out. It needs subplots and complexity (regarding dialogue, emotions, relations, the climax) to turn into something unique.

To be considered, the book needs improvements in dialogue, the theme has to be better defined to carry the story more evenly, the characters need to be more profound, and the internal conflicts should be increased. The protagonist cannot spend a big portion of her life being jealous of her husband's ex-girlfriend. This type of conflict needs to evolve according to the story development, otherwise, it becomes repetitive and nonsensical. The stakes could be higher. She gives up on her dreams too easily. One of the final revelations is told in a very clichéd way: she reads her father's notebook. Cassie could discover the truth about her father in a different way. The fact that the protagonist is betrayed for years by her husband and his male lover is a bad choice, especially because they only decide to tell her the truth when the lover is dying, and he wants to be pardoned by her. It was supposed to be a very surprising revelation, but at the end of the story, since we already know that the couple will break up, we don't care if the man was having an affair with a woman or another man. It doesn't matter.