No Honor Between Brothers 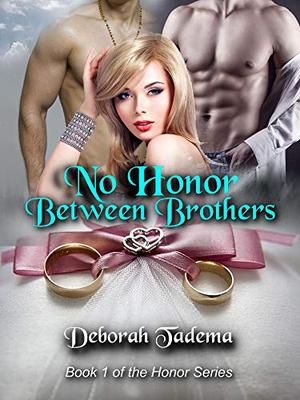 WILDER: 30S, GENTLE, CHARMING ON THE DOWN LOW, MITCH’S HALF-BROTHER

Dallas meets Port Shetland. Mitch Wilder is like JR with his cunning ways. Mitch's goal is to make sure there is a woman in his bed every night. Not that it's what he wants, his body demands it. Every time he's home he seeks out the woman he's in love with.

Mitch Wilder needs to hire his stepbrother, who he hates, in the family business. He has just inherited it from his father. He finds out that Tom has slept with the woman Mitch loves. Mitch comes up with a plan to keep Tom away from Claire.

Mitch can't stand the fact that Claire is living with Tom. He leaves town and swears he'll never be back. Not even to visit his son.

Mitch Wilder can't control the itch to chase women. As he ages his body is slowing down but the itch isn't. Yet, he still chases after Claire Lester, the only woman who controls his heart. This story is about his struggles and eventually reveals his secrets and uncovers his lies. It also shows how his actions affect the people in his home town. With each book of the seven in the series, Mitch becomes more frustrated with his condition. It takes an outsider, Detective Neil Cleary to realize just how dangerous Mitch has become. Mitch is eventually convicted of rape and sent to prison. Even there Mitch gets into trouble. Detective Cleary seeks help for Mitch's condition. It is revealed that he suffers from satyriasis.

In a series of events that revolve around sex, romance, homossexuality, infidelity and a crime in a a social circle in Canada, Mitch's uncontrollable sex drive is impeditive for a good relationship with his love Claire and his brother Tom.

The book profile reflects the book, however the similarity between the book and Fifty Shades of Grey is not accurate.

The characters are presented suddenly in the beginning, and as they are numerous, names and relationships can get confusing - it could be introduced in a more natural and contextualized manner. Even though Claire is sexually open and a protagonist, the tone of the narrative can be sometimes judgemental - portraying women who had many partners as low morals.

The sexual secrets of society being fully revealed, highly attractive characters and sex scenes are things that would make people watch this movie.

It could also have a large fanbase if adapted because characters are interesting, modern and somehow relatable.

It could have awards potential related to acting, however limited.

This story is unique because it brings along homossexuality and bissexuality in a modern way, without mannerisms. It could explore the theme even deeper.

Mitch Wilder is a charming, athletic man with an uncontrollable sex drive. Even though he sincerely loves Claire, he doesn't seem to be able to control himself when it comes to women. Claire Lester is an attractive woman that, even though shown to be naive, has a high sexual drive and has many layers that differ her from typical female protagonists. Tom is an interesting character which struggles to assume his homossexuality even though he finds himself in a love triangle with his brother and Claire.

The story could be improved bringing along better character introduction and development of relation between all. The core story, also, could be more enticing.

This story could be considered as it could be entertaining as a series. Characters are attractive and the scenes and relationships between them can be worked in many different forms and enable several lines and twists.

When a prodigal womanizer comes back to town for the funeral of his father, he reconnects with the woman who has always had his heart and is forced to face his demons.

This explores the inner workings of romances among a close knit group of friends. There is romance, suspense, and a little bit of intrigue.

Film: This book is perfect for a feature film adaptation. It has a love story, a bit of mystery, and a solid resolution. The engaging characters are strong and the story has franchise potential.

TV: The story could easily adapted into a television series. Since there are so many books in the series and many interesting characters there are lots of possibilities for changing storylines.

Mitch Wilder’s is an eligible bachelor. He is handsome, wealthy and successful. However, he can’t commit to a woman. He keeps several women on the line at all times and no matter how hard he tries, he can’t change.

When Mitch goes back to his hometown for the funeral of estranged father, he comes face to face again with the one woman who has always had his heart, Claire. Though she is dating Stan, the town police officer, Mitch is confident he steal her away. Try as she might, Claire can’t withstand Mitch’s charm and immediately jumps back into his arms. However, things become complicated when Mitch learns that one of Claire’s ex-boyfriends happens to be his much hated half-brother, Tom.

Mitch wants to nothing to do with Tom, but the reading of his father’s will forces him to re-evaluate. Mitch will inherit the family’s lucrative shipping business, but a stipulation that Mitch must hire Tom, who will soon become part owner, is put in place. If Mitch declines his father’s wishes, the company will be sold and the proceeds will go to charity. Mitch reluctantly hires Tom and the brothers, both jealous of each other, try to coexist. Mitch wants to keep Tom away from Claire and Tom, who is secretly gay, wants to use Claire to get back at Mitch.

Mitch convinces Claire to marry him with the hopes that the marriage will keep her away from Tom. However, Mitch can’t stop having affairs so his marriage to Claire quickly breaks up. Claire immediately runs back to Tom, claiming to be in love with him. All the men in town suspect that Tom is gay and actually in love with Stan, but he still agrees to let Claire move in with him to continue the campaign to hurt Mitch. This causes Mitch to attempt suicide, but quick action saves his life. Though he should have a new lease on life, Mitch continues on the path of an insatiable womanizer.

The drama of Mitch, Claire and Tom plays out against the backdrop of the trials and tribulations of their close knit community of friends and relatives. Mitch and Tom’s sister, Nora, tries to keep the peace between her two brothers with the help of her husband, Joe, who also happens to be Claire’s first boyfriend. Bob, Claire’s ex-husband, runs the local diner. His wife Julie, is the town floozy and one of Mitch’s former lovers. Bob and Julie have teenage twins, Justin and Lily Marie, and Julie has a young daughter from an ongoing affair with Stan. Though Stan is bisexual, he is in love with Julie. When Julie wanders off with a drifter, she ends up being murdered. After her death, Bob marries Sue, his partner from the diner who has been in love with Bob all along. In the midst of all this, Mitch gets confirmation he fathered Claire’s teenaged nephew, Darren, with Claire’s now deceased best friend. Mitch forms a bond with Darren while still remaining true to his reputation. The residents of the town all come together for the trial of Julie’s murderer and some peace is restored once he is brought to justice.

Deborah Tadema received a diploma in “Short Story and Fiction Writing.” Following this, she completed three levels of a creative writing course. She belongs to a writing group and has her work critiqued regularly. Author of the Honor Series and the Siever’s Series.