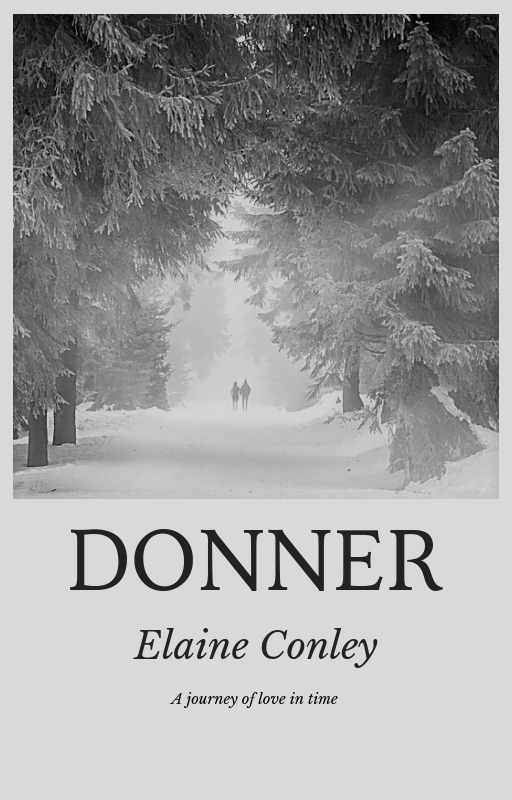 In 1977, Tamara Harding comes to Donner Lake to take a temporary teaching job. She meets Zach Barron, a famous movie star and director. Tamara has disturbing dreams of another place and time that she doesn't remember until she's in the middle of an intimate moment with Zach.

Tamara keeps her dreams to herself, afraid she is losing her mind. Due to several miscommunications Zach feels abandoned and concerned for Tamara, and he wonders if there is another man in her life.


Uncontrollable circumstances invade Tamara’s life, causing an accident and she wonders if she may suffer the same fate as a victim of the Donner Party one hundred and thirty years later.

In 1977, Tamara Harding obligates herself to a temporary teaching job at Donner Lake. She meets Zack Barron, an actor and director in the middle of a huge movie deal in Australia. Zack and Tamara fall in love with each other. Their time together seems perfect, except for the strange dreams Tamara has of trekking through the Wasatch Mountains, and the embarrassing moment when she calls out another man’s name in a moment of passion with Zack. She begins teaching her first grade class, keeping herself busy, but the pervasive dreams involving death and violence haunt her nightly slumbers. She is afraid she’s losing her mind and decides to tell no one of her nightmares, including her father and Zack. Zack proposes to Tamara with an agreement that Tamara will join him in Australia when her teaching contract is finished, but the haunting visions that happen to Tamara are not when she’s sleeping, and she evades her promise to Zach. An unknown obligation of love and survival takes Zack back to Donner Lake, reuniting the lovers in a juxtaposed paralleled event. Zack’s rescue mission takes him into a blizzard of the past and present, and once he finds Tamara, he declares his love for her and asks her to marry him. The lovers reunite.

Elaine Conley was born in Iowa. She graduated from the University of Iowa with honors, and attended the University of Iowa writer’s workshop the summer after her graduation. She came to California to teach English at Foothill High School, in Bakersfield. She met her husband her first year of teaching. They got engaged in June, married in December and have been happily married ever since. She enjoyed her 37 years at Foothill High School. She earned her Master’s Degree from the University of Laverne in Education Administration. I am a happy retired teacher, wife, mother and grandmother. I am loving this time in my life.