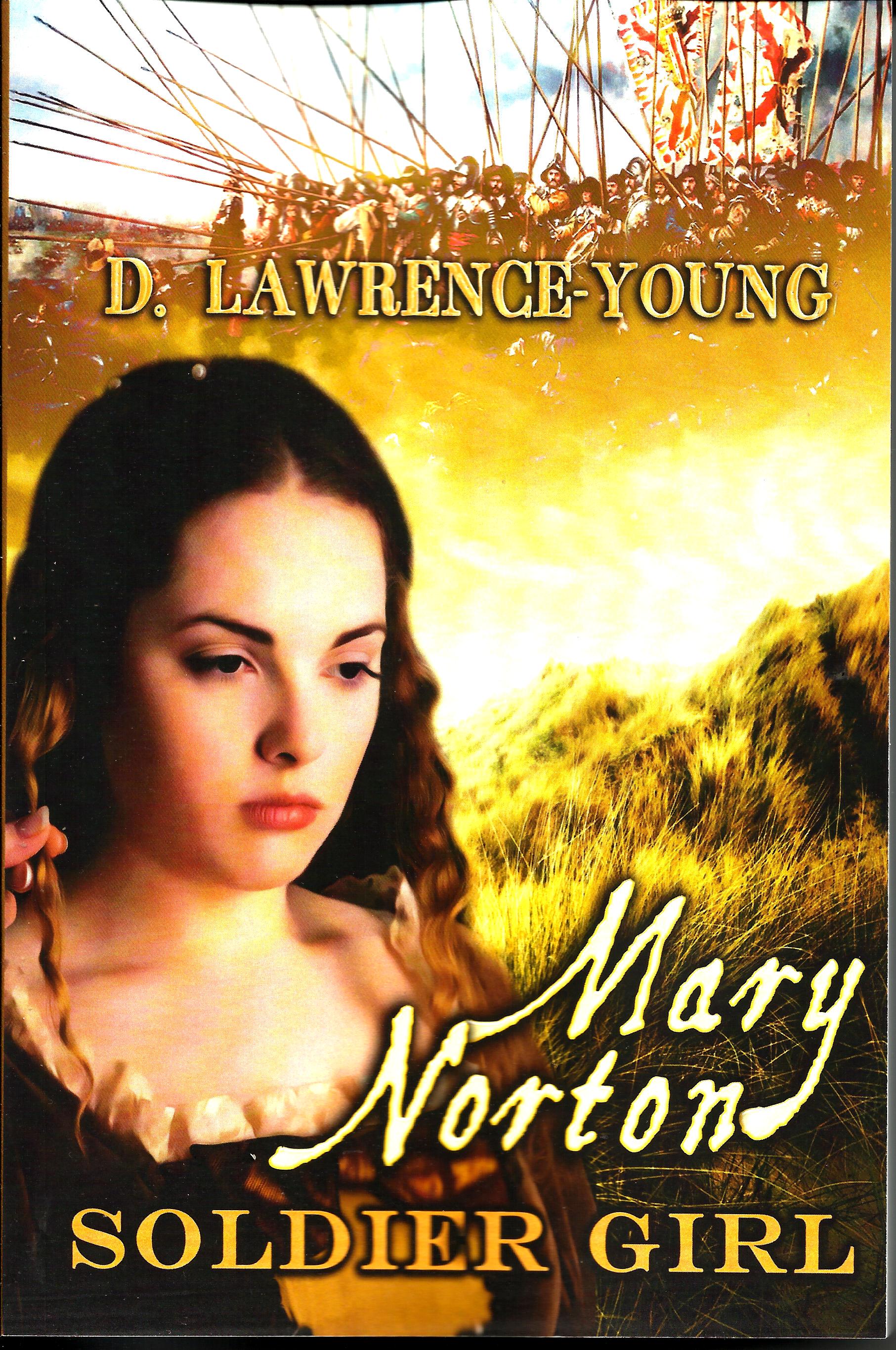 Mary Norton,17th century young woman runs away from Bristol home to escape her abusive father. Unwilling to become a servant or whore, disguised, she joins Charles I's Civil War army. Surviving rape, she changes sides and fights for Cromwell and later marries another soldier who guessed her secret.


After witnessing trial and execution of Charles I in London at end of Civil War (1649), Mary returns to Bristo,accidentally meets Richard S. Confesses her secret and they fall in love, marry, inherit a tavern and she now she has the life she has always dreamed of.

When you read MARY NORTON (and hopefully will watch the film) you cannot but root for this lass who has escaped from a lousy background in the hope of fulfilling herself and improving her life. She has the guts to do so but also needs the fates to be on her side. Although she goes through several dramatic ups and downs (abusive father, rape, wounding in battle, demanding employers, prison time as well as respect from her officers, success as a musketeer and from escaping Prince Charles and friends), she tries to control her destiny to come out on top. This she does either in the King or Cromwell's army and we feel pleased to see her assailants (e.g. rapist) pay the price. Mary has a strong determined character and in the end this is matched when she admits her past to Richard Sutcliffe (who suspected her secret) and marries him, another strong and likeable character. Despite her desire to succeed, this does not prevent her from playing a key role in helping the future King Charles II escape from Cromwell's forces. When you see/hear her happily marry Richard at the end, you feel she has deserved this, and that you finish the book (film) with a good feeling.

Born in the UK, am now a retired History and English teacher and lecturer. I have had 20 historical novels published in the UK, USA and Israel. I am now working on a book about English criminals since 1303. I have also written articles for FORUM, an English teachers' magazine, WRITING MAGAZINE (UK) and SKIRMISH, a military history journal. I love visiting historical sites all over the world (USA, UK & Europe) and researching my books.