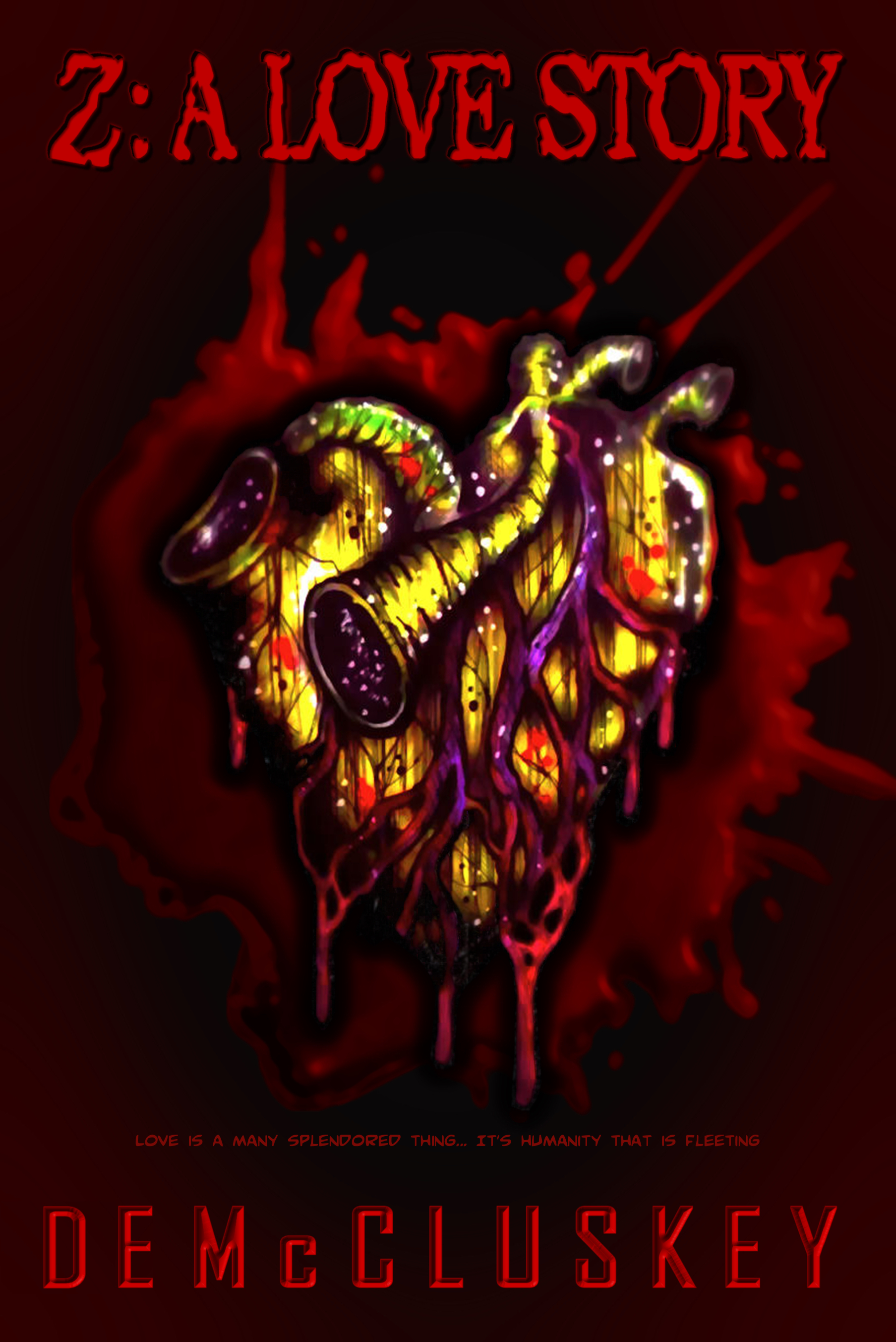 When shy boy Kevin finally asks his ultimate crush out on a date, albeit almost by accident, he thinks what's the worst that could happen. She says yes, and so begins a fine romance... But the world has different ideas!

Kevin is a shy boy in the office he has worked in for 10 years. He has had a crush on Rachael all this time but been too shy to ask her out. When he does, Rachel takes a chance. Over in the USA there is an accident, and all hell is let loose.


Kevin returns to the flat where he had to leave Rachael, to get his belongings, only to find it over run with the undead. He recognises Rachael as one of them, and realising that he can't live without her, he embraces her.

Z: A Love Story is different from any other zombie film adaptation that I have seen or read, personally. If I had to compare it to anything, I would say it is in the same vein as Shaun of the Dead. It is a romantic comedy, it is a zombie action flick, it is a horror story. The main character is Kevin, he is a likeable character, that a lot of people would be able to relate to. He is clumsy, and he questions his own actions constantly. Rachael is a little more confident, but she too is very relatable. They get together, almost by accident, and life seems to take on a new meaning for them both. They are so elated with each other, that they miss all the warning signs of escalating issues between two superpower nations. Over in the USA, in a top-secret lab, there is an accident. Agent Z, an experimental germ warfare agent is released. The story flicks backwards and forwards from Kevin and Rachael in London, to the person to person spreading of the agent, that leads to violent, horrific, and realistic scenes, as the pathogen widens. Eventually the two parallel stories meet, as the virus spreads to London, and Kevin and Rachael have to battle to keep their burgeoning love alive, in the backdrop of the zombie apocalypse.

I am an author from Liverpool, in the UK. I write in multiple genres, mostly horror and thrillers. I also write for children under the name Dave McCluskey (I don't want the children getting hold of some of my adult books). I write comics, graphic novels, and novels. My debut novel was released 2014 titled The Twelve, and I have released six more since then.

Kevin finally asks his coworker Rachael after a decade long crush on her. She surprisingly says yes, but unfortunately the two must have their first date during the beginning of a zombie apocalypse.

The logline does a good job alluding to the zombie outbreak without giving away the added element to the romance, but the short summary could benefit from an earlier integration of the zombie apocalypse so that Rachael doesn't seem like a vampire. The story is different if Rachael becomes a zombie against her will versus a romance where Kevin doesn't notice his crush is a vampire. Clarifying things in the short summary would better reflect the narrative.

Kevin's bravery in starting to transform his passive life by taking an active approach in making changes in his life to form meaningful human connections rather than superficial friendships. Seeing a guy finally ask out his crush always creates intriguing tension.

There is an equal focus to the zombie apocalypse as is the normal life of the London office, however the jumping between characters in the Zombie apocalypse doesn't have the same emotional investment in following the survival of the same characters. This creates spikes in tension rather than rising actions that slowly build the tension until it is intertwined in both stories.

The hook is that a zombie apocalypse is going on in the background of the world news while Kevin is finally getting a chance at love.

This could have a large fanbase given the cross genre appeal of a romantic comedy and a zombie film but with a freshness of not making it a zombie love story.

Given its genres as an romantic comedy and a zombie apocalypse film without a greater social message this is unlikely to get nominations, but could be commercially successful.

TRAIN TO BUSAN, THE WALKING DEAD, IN THE FLESH, SHAUN OF THE DEAD, SCOUT'S GUIDE TO A ZOMBIE APOCALYPSE

The originality of the story stems from the shyness and interaction between Kevin and Rachael and Kevin's timing rather than the actual standard zombie outbreak going on around the world. By focusing more of Kevin and Rachael trying to create a romance during the apocalypse rather than ignorant of the apocalypse but concurrent this may increase the freshness of a zombie love story without acutally making one of the couple a zombie. The switch could provide common parallels to the recent pandemic even.

Kevin is kind hearted and wholesomely genuine. He is precious without being naive. Rachael is open-minded and nice. She possesses a self-confidence that allows her to truly be open and giving to others without judgement due to her satisfaction with herself.

This is a neat premise, but the equal balance between a looming apocalypse leading towards intertwining with the romance creates two different levels of tension and tone. It also delays the pacing of the love story without having equal tension and an earlier connection between the two worlds.

Stricter world building in the zombie plot would be helpful. For example, Dr. Soon immediately changes into a zombie, but others take longer to change from the same bites. Creating characters that intertwine with the romance but that are part of the zombie apocalypse might make a more cohesive story and generate strong emotional investment if both plots influence on another. Making the romance the main plot and the zombie apocalypse a subplot might also even out the tone and quicken the pacing.