Between the Layers (The Data Collectors Book 3) 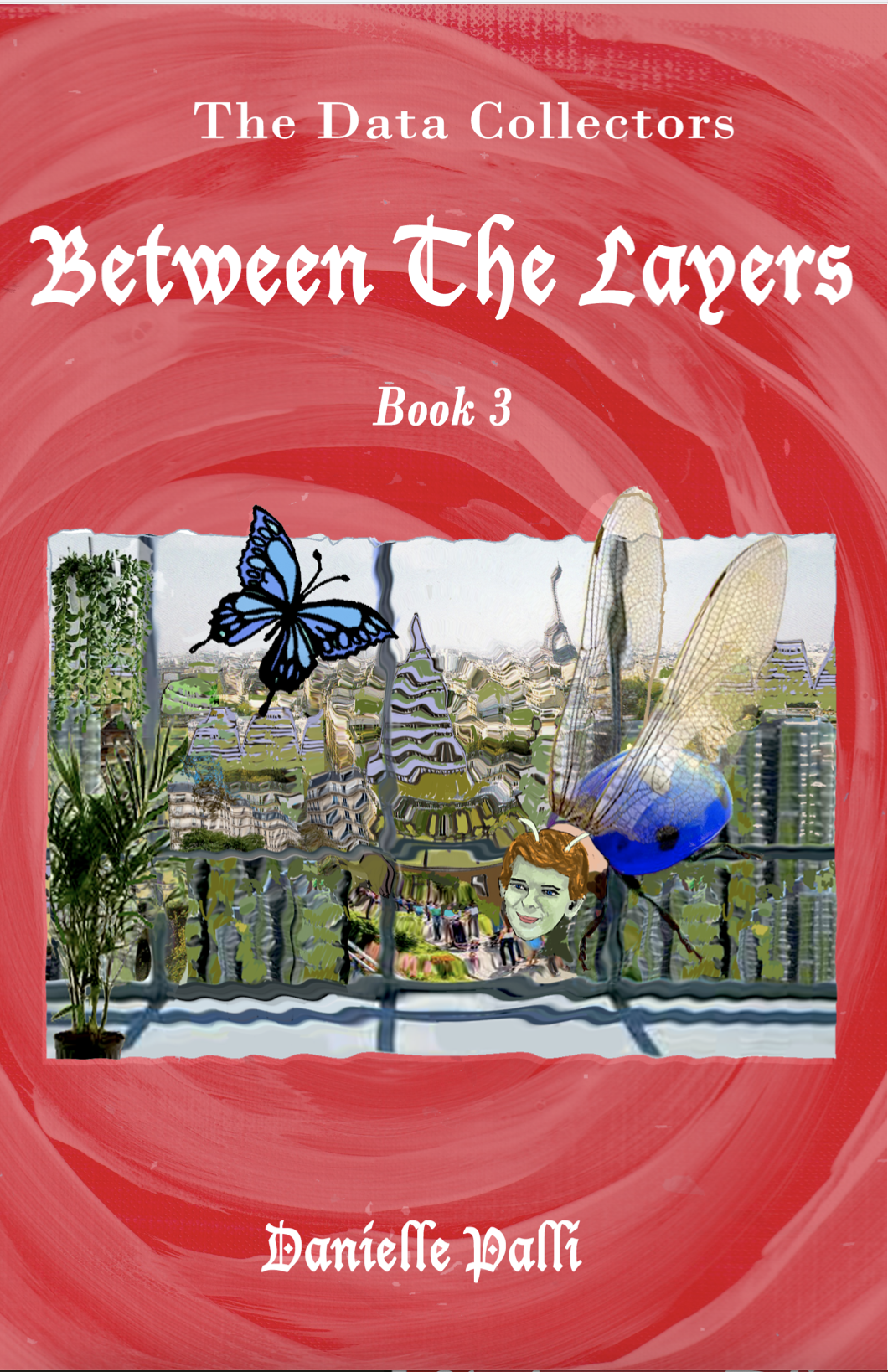 To save Lucene from demon Jasper Set, Rev. Isabella opened a portal to another dimension, accidentally letting unruly beings from other shamanic realms enter their reality. Meanwhile, under threat from the Royals, Vitruvians, and the Null, The Data Collectors convert the Makerspace for warcraft.

When Rev. Isabella accidentally created a leak between the layers of reality, strange animals, ghosts and trolls from other realms began to appear. Meanwhile, after 100 years of peace, The Data Collectors must now prepare for war against neighboring species.


Jasper Set lures the Null into the abyss. Cepheus returns to the Royal training grounds with Moksha to reclaim the throne, with Roman to assist them. Fatima and Ivan welcome a new baby. Lucene discovers hidden talents as she and Tanager settle into their new life together.

The Data Collectors Trilogy has been called a "creative masterpiece, an interplanetary journey of intrigue, conspiracy, and possibility." With “quirky and lovable characters, surprising romance, [it's] suspenseful and thought-provoking." "A political space opera with touches of magic realism, with shapeshifting aliens, endangered Earthlings and a sci-fi adventure full of whimsy.” The series follows the transformation of Lucene Jones, a natural-born empath, as she attempts to find her purpose and rebuild her life with the Peace-Keepers on Erde. Unfortunately, After more than 100 years of peace, Erde must prepare for war for the first time in over a century. The only problem is, they don't know how. Under threat from the Royals, the Vitruvians, and the Null, TARA (and its Makerspace) has been converted to accommodate warcraft, combat training, psychological warfare, espionage, and interrogation. The trilogy is easily adaptable as an anime or cartoon series, TV or streaming service series, a graphic novel collection, or a 3-part movie series. The trilogy draws awareness on cultural and social themes including climate change, challenging stereotypical age and gender roles, relationships, sexual orientation, immigration, segregation, and class systems—cleverly disguised as entertainment. It is sci-fi, romance, and adventure, with a comedic element that leaves the audience not knowing whether to laugh, cry or get angry.

Danielle Palli is a writer, business owner, multimedia content creator, Board-Certified Positive Psychology & Mindfulness Coach, and podcast producer and co-host. She lives in Southwest Florida with her husband and far too many pets. She also finds joy in nature, travel, theater, and the arts. Known for singing and dancing around the living room at any hour of the day or night, she is a free-spirited outlier enamored with life. Learn more at www.birdlandmediaworks.com.

As Reverend Isabella opened up a portal she though was going to help saving Lucene, she actually freed beings from other layers - from ghosts to animals and trolls - to come and go and alternate between phantasy and reality. Now, the Data Collectors are the ones to prepare for war against evil creatures after 100 years of peace in Erde.

The first thing that drew me into this story is the richness in the creation of characters, both visually as internally; as well as universe surrounding the city of Erde. The deeper meaning within relationship between characters is also a plus, as it provides insights about love and loss without losing the lightness of the narrative.

Nothing made me want to put the book down, however, due to the richness of the universes and the fact that this is part of a trilogy, it can get confusing for a first-time reader. Epilogue does not provide enough context to make sense of the narrative, a suggestion is to provide a more substantial and involving overview.

I would watch this movie because of its unique universe of supernatural beings and the richness of its characters as author does not refrain from using her imagination and creating allegories both for situations that are difficult to endure as humans – such as the loss of beloved ones, childhood traumas and life after death – as well as for our real-life creatures like cats.

It could have a large fanbase if adapted because story brings along an unseen universe and many fantastic and – most importantly – highly charismatic characters.

It could have awards potential as the plot is interesting and deep, and an adaptation would require very competent visual work in order to be considered ready for theaters.

There are many original things about this story but certainly the thing that gets our attention more is the complexity of the universe created by the author and how characters may be seen as allegories for situations drawn from everyone’s real lives. Not Christopher is a delightful character and a fun allegory to an idealization that is very familiar for women in general and must be highlighted as a high point of the narrative.

Lucene is a great lead character as she is a strong and empathetic female that is confident enough to make decisions when they need to be done, and this is how she protects those these are dear to her. Fatima’s character arc is also interesting as she learns a lot from Lucene during the narrative. Characters in general are and meaningful and empathetic, but what makes them stand out is that, just like us, they are likely to make mistakes – and sometimes small decisions may lead to severe consequences.

It is a rare gem but it also could be improved in terms of adding up even more layers to character arcs, as the richness of their creation allows for many more developments and considerations within the story.

I recommend it because this is a well-constructed universe with highly charismatic characters with well-defined life purposes, and even though the stakes are high, author manages to also turn this story into something fun and delightful to be involved in.