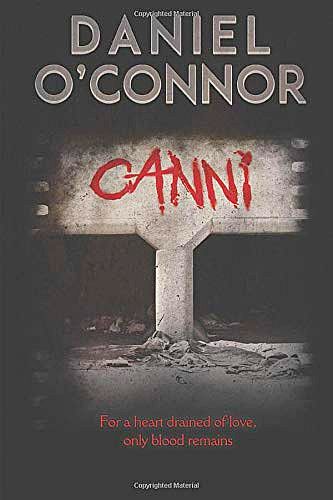 Imagine if everyone in America wanted the same thing. Your plumber, the mail carrier, the folks next door, the girl at the coffee shop, firefighters, cops, those who worship in churches, synagogues, and mosques. Your best friend. The same exact thing. They want to kill you.

People are killing each other for no reason. No two individuals can be alone together without risk of death. Thing is, twenty minutes later, they might return to normal. How do we defend ourselves? Do we kill Aunt Betty as she tries to murder us, knowing that she will be good ol' Aunt Betty again?


After a desperate, casualty-ridden journey that involves Las Vegas tunnel dwellers, Navy SEALs, secret government agencies, Area 51, a blind man, motorcycle gangs, and a former chess champion, things appear to be improving, but are they?

Tired of remakes, sequels, and carbon-copy stories? See why Daniel O'Connor's fiction has been praised, in writing, by writers and directors behind DEXTER, TRUE BLOOD, THE DEVIL'S ADVOCATE, V.C. ANDREWS, CONSTANTINE, and THE LAST VICTIM. The marketing and merchandising potential of CANNI, as either a film or series, is through the roof. But that's the gravy. The meat of this story is that it features a strong social message. The empowerment of women and the LGBT community are themes that lurk beneath the horror, yet the story is never preachy. CANNI is art. Give it a look, but maybe not when you're alone. We are all human beings. We are not the living dead, the evil dead, or the walking dead. We breathe, we feel, we love. We are not, in any way, zombies. Lately though, on occasion, we are hungry, we are angry, and we focus only on immediate feeding. Human flesh and blood is all we crave. We have become cannibals, in a sense, but with regard to manner and implementation, achingly worse. You, me, and everyone we know. We are Canni.

Daniel O'Connor was born, the youngest of five children, in Brooklyn, NY. He lost his mother to cancer, on her wedding anniversary, when he was four years of age, and then his father two years later. He lived with his grandmother until she passed when Dan was ten. Rather than purchase a clown mask and a chainsaw, he kept the demons at bay through books, movies, music - and writing. During the recruitment process for a police career, Suffolk County, NY applicant investigators asked Dan how someone with such a difficult childhood managed to pass the drug, psychological and polygraph exams, along with the rigorous background check. Dan had a one word answer: Reading. Upon completion of his highly decorated police career, Daniel moved to the southwest with his wife and two daughters. It is there that he wrote, using characters and scenarios developed with his late cousin Peter Randazzo, the dark love letter to old Brooklyn: SONS OF THE POPE. Daniel's second novel, CANNI, an intense thriller, was released on July 4th, 2019. Daniel O'Connor has one goal. It is to spread THIS message to every child: "Please know that, no matter how alone you feel, nor how discouraged or impoverished you may be right now, you should focus on your dreams and disassociate yourself from people and situations that will drag you away from your goals. Drugs, drink, gangs, crime, self-mutilation, and the like will lead you down a dark and disastrous path from which you likely will never recover. Focus, work hard, be strong, and your dreams await you." ___________________________________________________________________________ BIG NAME reviews of SONS OF THE POPE: "This is a very visual novel and the attention to detail is so rich that I could smell the dirty water dogs from the NYC street vendors. Bravo!" ~Romeo Tirone, Director of TRUE BLOOD, DEXTER, NURSE JACKIE, RED WIDOW and RECTIFY. "Daniel O'Connor's SONS OF THE POPE reveals an interesting new talent with a snappy style. This is someone's career to watch." ~Andrew Neiderman, 100 million-selling author of THE DEVIL'S ADVOCATE and numerous V.C. ANDREWS novels. "A rich, epic chronicle of murder, the mob, and miracles..." ~ Kevin O'Brien, NEW YORK TIMES bestselling author of TERRIFIED, LAST VICTIM and ONLY SON. _____________________________________________ Short stories from Daniel: "The Binding" from the horror anthology, BLOOD RITES: AN INVITATION TO HORROR. "Between Catskill and Cooperstown" from the horror anthology, SERIAL KILLERS ITERUM. "Sun Day" from the anthology, ECLECTICALLY VEGAS, BABY. Daniel's blog: Canni.blog Contact Daniel: AuthorDanO@aol.com Twitter: @DanOVegas *FUN FACTS about Dan: 1) He created the name for the famous front four of the New York Jets known as the NEW YORK SACK EXCHANGE. 2) He has been interviewed on television by DAVID LETTERMAN. 3) He has appeared as an extra in an episode of DEXTER. 4) He has worked security for NBC and SATURDAY NIGHT LIVE. 5) He has the strength of 100 men. 6) He usually lies about one fun fact.