Dorothy and the Glass Key 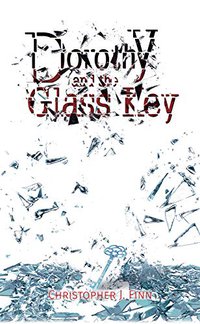 Worlds existing between time and space, a monster who feeds on personal pains, and a young woman who exists, but shouldn't.

Ellen Steward, a slightly jaded administrator of a high-end rehab facility, is asked to care for a young woman in a permanent vegetative state. Her current caregiver spins a tale describing worlds existing between time and space, and the soul of his charge lost somewhere between.


Ragesha, Dorothy's caregiver, has pulled Dorothy into his own timeline and has spent the past twenty years manipulating his future so Dorothy's soul will return to her body through a reunion of mother and daughter in the Key-Worlds.

Ocala, Florida and the Key-Worlds

Dorothy and the Glass Key was crafted with visuals in mind. The unique Key-Worlds she and her friends travel to are, in a CGI aspect, self-contained views from a mind who hasn’t quite developed a sense of realism (the antagonist). They can be as realistic or as comical as the director would like. The story is a pleasant build of discovery: Ellen (Administrator of Elements of Recovery) is learning Dorothy’s tale through the only survivor of the three children to visit the Key-Worlds. Through Dorothy’s story, we learn she has been labeled as a no-girl—or someone who shouldn’t exist at all. The Spintwister, our antagonist, is a near god-like entity in the Key-Worlds, and he tasks himself as a symbiotic host who feeds off the pain of traumatized youth, which returns bits of his lost memory. It’s a story with heart, strong characters, and a unique antagonist with a deliciously wicked sense of self. A cast of talented teens (think Stranger Things) would catapult this into the YA mainstream as either a series or a stand-alone movie (with two sequels).

Christopher J. Finn—born in 1970 in San Antonio, Texas, and raised in Oceanside, New York—was a child with few friends. He was the shy kid, mostly seen off to the side, acting out scenes from movies or stories from books. It wasn’t until his early twenties, sitting alone in his apartment, television off—because he didn’t have the money to pay the cable bill—that he picked up a book titled Battlefield Earth: A Saga of the Year 3000. He was enthralled by Jonnie Goodboy Tyler and the Psychlos, but more importantly, he realized writing a story was something he could, and should, do. Today, twenty years after his decision to learn the craft, Christopher J. Finn sees his dreams come true with Dorothy and the Glass Key, his debut novel.