Can You See Us Now? 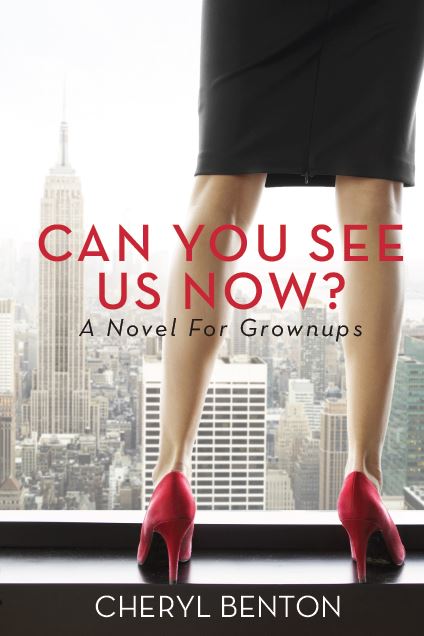 Suzy, Trish, and Madge, best friends since their early twenties, seemed to have it all. Beautiful, smart, and successful, they'd made it to the top in the most demanding city of them all, New York. Then they turned 50 and their lives start crumbling.


Inspired by their friendships with a supportive and thriving group of New York City women, who call themselves the “Ripe Tomatoes,” Suzy, Trish, and Madge start to realize the power of saying, “YES,” and that living your dreams has nothing to do with age.

A recent article in US Today asked, “Where are real portrayals of women over 50 on screen?” Well finally, here’s a novel where the three leading female characters, and their circle of friends, all over the age of 50, are vibrant, sexy, empowered, sassy, and a little badassy. Can You See Us Now? Is a funny and moving insider’s story about New York City’s not-so-invisible women over 50 and beyond, who are living their lives to the fullest, achieving dreams, dating, having sex, and sometimes even falling in love again—rich characters for mature actresses. The three main characters, Suzy, Trish, and Madge, best friends since their early twenties, seemed to have it all. Beautiful, smart, and successful, they'd made it to the top in the most demanding city of them all, New York. Then they turned 50 and found that the world which once was their oyster started closing up faster than a New York minute. Bartenders ignore them, bosses marginalize them, and they’ve aged out of the prized 25-49-year-old demographic that marketers woo. They had suddenly become invisible. Their world starts to crumble when Suzy is fired from the ad agency she works for, Madge quits her TV anchor job, and Trish finds out her wealthy hedge fund husband is now bankrupt and having an affair. They start to feel irrelevant in a society that worships youth and invisible even in their Louboutin’s and designer clothes. When they realize no one was celebrating women over 50, they started a business to do that.

Cheryl Benton, aka the “head tomato” is founder and publisher of The Three Tomatoes, a digital lifestyle media platform for “women who aren’t kids.” Having lived and worked for many years in New York City, the land of size zero twenty-somethings, she was truly starting to feel like an invisible woman. She created The Three Tomatoes as the antidote for invisibility and sent it to 60 friends. Today she has thousands of friends and is chief cheerleader for smart, savvy women who want to live their lives fully at every age and every stage. She spent her first career in the NYC advertising agency business as a top executive at some of the largest agencies in the world. “Can You See Us Now?” is her first novel. She is currently working on the sequel, “Can You Hear Us Now?”