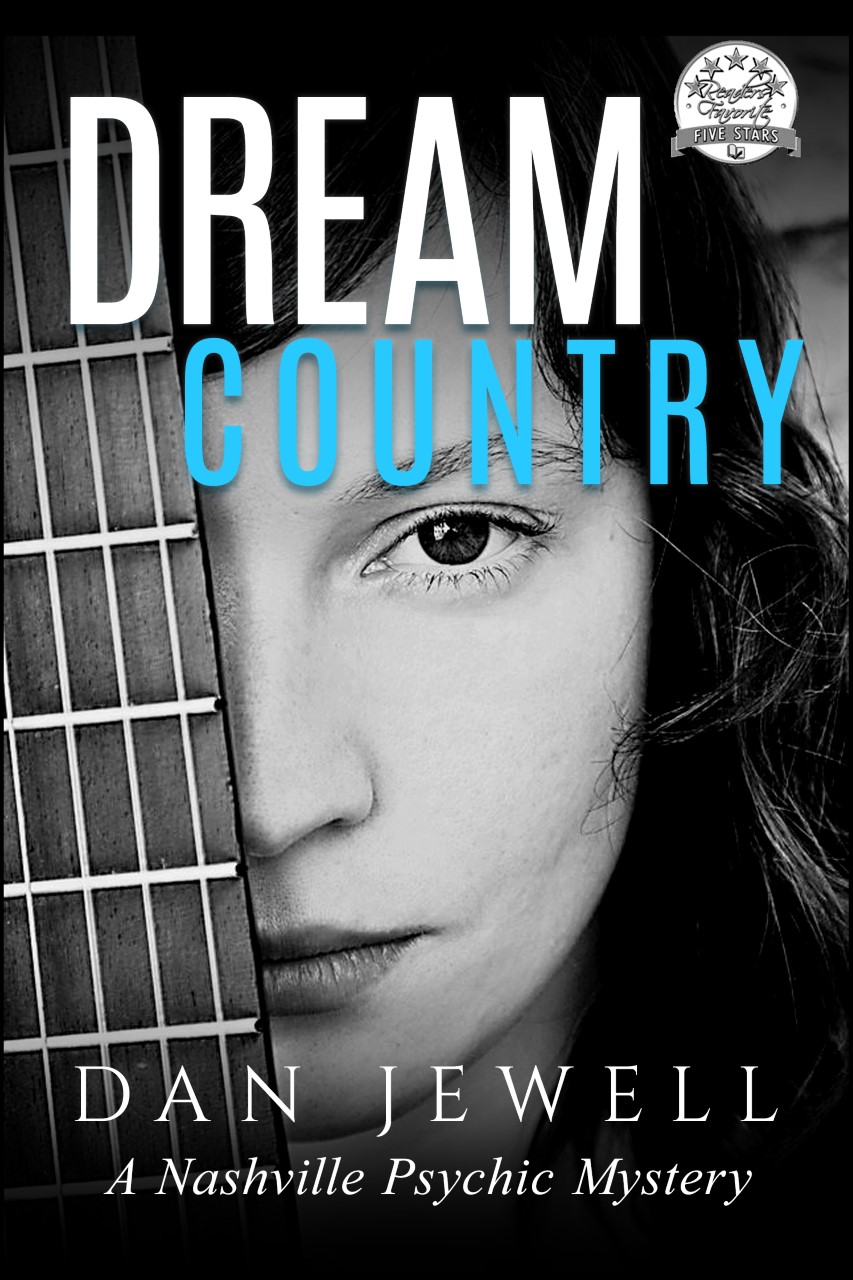 Since her headwound Dilly Refnro has discovered she has precognitive dreams and admitted she’s a lesbian to her family. When her half sister Pearl Emery, her super star father’s recently acknowledged African-American love child, is murdered, Dilly follows her psychic dreams to find the killer.


In the 8th and final part, "The Dance," Dilly dreams she's at a benefit concert after the murderer has been caught. As twin fiddles play, she and her two other siblings dance on stage with the ghost of their half sister, Pearl.

Name: Pearl Emery (a ghost who appears in her half sister's dreams)

Name: Cowboy, a homeless person with a connection to the protagonist

DREAM COUNTRY. Dilly Renfro, 35, is one of country music superstar Doyle Renfro’s three grown children. After recovering from being shot in the head by a thief over a year ago, Dilly has noticed several personality changes. She has become more assertive, has admitted to her family she’s a lesbian, and has discovered she has precognitive dreams. Dilly’s revelations enrage her fundamentalist mother Charlotte, while her father, 78, calls her psychic dreams “New Age nonsense.” Her fraternal twin Loretta believes her, but her evangelist brother is embarrassed. Before the story begins, African American college student Pearl Emery makes a sensational claim that she is Doyle Renfro’s love-child. One of Dilly’s dreams begins the novel and each of the 7 sections that follow. In dream one, Dilly sees Pearl dead, on the stage of the old Ryman auditorium. That night, her father confesses to Dilly and Pearl’s lawyer Harry Hardin that Pearl is his illegitimate daughter by Georgia Emery, a local restaurateur. He says he will announce it publicly and change his will. As they talk, her father gets a phone call from his lawyer. Pearl has been murdered. The elder Renfro, in a Lear-like scene loses control and runs out into a storm before being subdued by Harry and Dilly. Pearl’s ex Tyrell is a suspect as are two homeless alcoholics. At Pearl’s graveside, Dilly vows to use her psychic dreams to bring Pearl’s killer to justice, even if the trail leads to someone within her own family.

Short Bio: Retired after a career as a college professor and dean, award winning author Dan Jewell writes in several genres including mystery novels set in the music industry in Nashville, TN. Although he knows only a few chords on his old Silvertone guitar, the writer and his wife once cut a demo of some of his songs in the famous Woodland Studio, where artists as diverse as Robert Plant, Mother Maybelle Carter, and the duo David Rawlings and Gillian Welch have recorded through the years. Jewell's most recent mystery is "Dream Country: A Nashville Psychic Mystery." Dilly Renfro is the lesbian daughter of a rich and famous country music legend, Doyle Renfro. Since a head injury a year before the novel begins, Dilly has had several precognitive dreams. When college student Pearl Emery, her father’s recently acknowledged African-American love child, is murdered, Dilly vows to follow her psychic dreams to find Pearl's killer, even if the pursuit leads into her own family. His novel "Blood Country" won the silver medal in the "Detective" category in the internationally recognized Readers Favorite writing competition. Jewell's book of poetry, "A Nashville Woman and Other Sorrows" won the Bronze award in the Readers Favorite competition. A widower since 2018, Jewell lives on five wooded acres near Nashville and is currently working on "The Snow Road," a science fiction story about life a hundred years from now in a new Ice Age. In the narrative, a young woman leads a caravan of survivors south to warmer climes.

Dilly starts getting psychic dreams foretelling the death of her new secret half sister. When this comes to pass, Dilly uses her dreams to help solve the crime. Her father's estate was causing her family to be torn apart, but the investigation brings them back together again. Dilly gets too close to the truth and the killer goes after her.

The short summary focuses more on the dreams rather than the actual plot. Detailing the structure would better fit in the development pitch where more detail can be explained. The short summary should focus more on Dilly's active roll in solving the crime rather than just her dreams because there is no context for her dreams in the short summary. At present there is no development pitch, which is better to include so that why the piece is unique is understood and not just what the mystery is about.

The dialogue and characterizations are supremely well done. Each character is identifiable by their speech and actions and the dynamics are hyper realistic. Not only does the dialogue flow like a real conversation, but it develops the characters and plot points without ever feeling like exposition. Seriously the dialogue is very well done and natural sounding.

The emphasis on why Pearl being African American as an added conflict is a bit unclear. While it is attempted to be developed as part of the Southern culture and history that the distinction matters, the idea doesn't seem essential in comparison to Pearl's age and secrecy. Porter's role and inclusion in the saga also seems extraneous; he neither detracts nor adds to the conflict.

The hook is that Dilly's dream predict the murder of her secret half sister Pearl, the love child of her country singer father's dalliance on the road. Just when the family is beginning to accept Pearl, she is murdered. It is a compelling way to bring investment the character and bring the broken family back together again.

This could have a large fan base based on the complex family drama and murder mystery. The supernatural element of the psychic dreams may lessen the audience slightly as fantasy usually has a smaller audience, however the strong setting and real world grittiness more than make up for this element in drawing in fans of mystery and drama.

Again because of the fantasy element of the dreams being the focus rather than the family dynamics, the mystery is more developed than the drama, and psychic mysteries are less likely to be nominated than family drama investigations. The themes are a bit unclear about the messages of Pearl's life, but the foundation of the family and their development has potential as a drama for notice.

The structure of the psychic dreams is an interesting break up of the story, but the family drama is what grounds and contains the intrigue. All of their dynamics are so diverse and interesting so more family interaction would develop more unique moments outside of the psychic dreams. There are also points that re used as unique to the characters such as Pearl's mixed race and Dilly's sexual orientation which aren't that unusual rather it is the focus on them that is unusual so either making the focus a point of conflict or removing the details are as focus to the character, this inclusion will be better balanced.

Dilly is what ties her family together even though she has a lot of interests that would normally drive her family apart. This shows that she thinks for herself, but is also without a big ego. She is a survivor and protective of her family and always willing to help others, from providing moral support to her father during his legal decisions to helping out with the investigation of her new sister's murder.

The dialogue and family dynamics are a rare gem. However the meat of the mystery, the solution of Romero as the culprit is less developed. Making the antagonist more human in his actions either through a more developed internal conflict or understandable motivations will make his evil more chilling and suspenseful the more he is understood as a person.

Altering Romero to be a surprise further into the plot and making his motives more relatable would make his attacks more realistic. Giving more interactions between the family rather than them observing their relationships from dialogue would enact active moments of conflict within the family rather than just conflict around the murder. For example, the strain between Doyle and Loretta and Porter is talked about for awhile between other characters before it is shown firsthand. And the mother is talked about a lot rather than being able to speak for herself after being tucked away at the hospital.