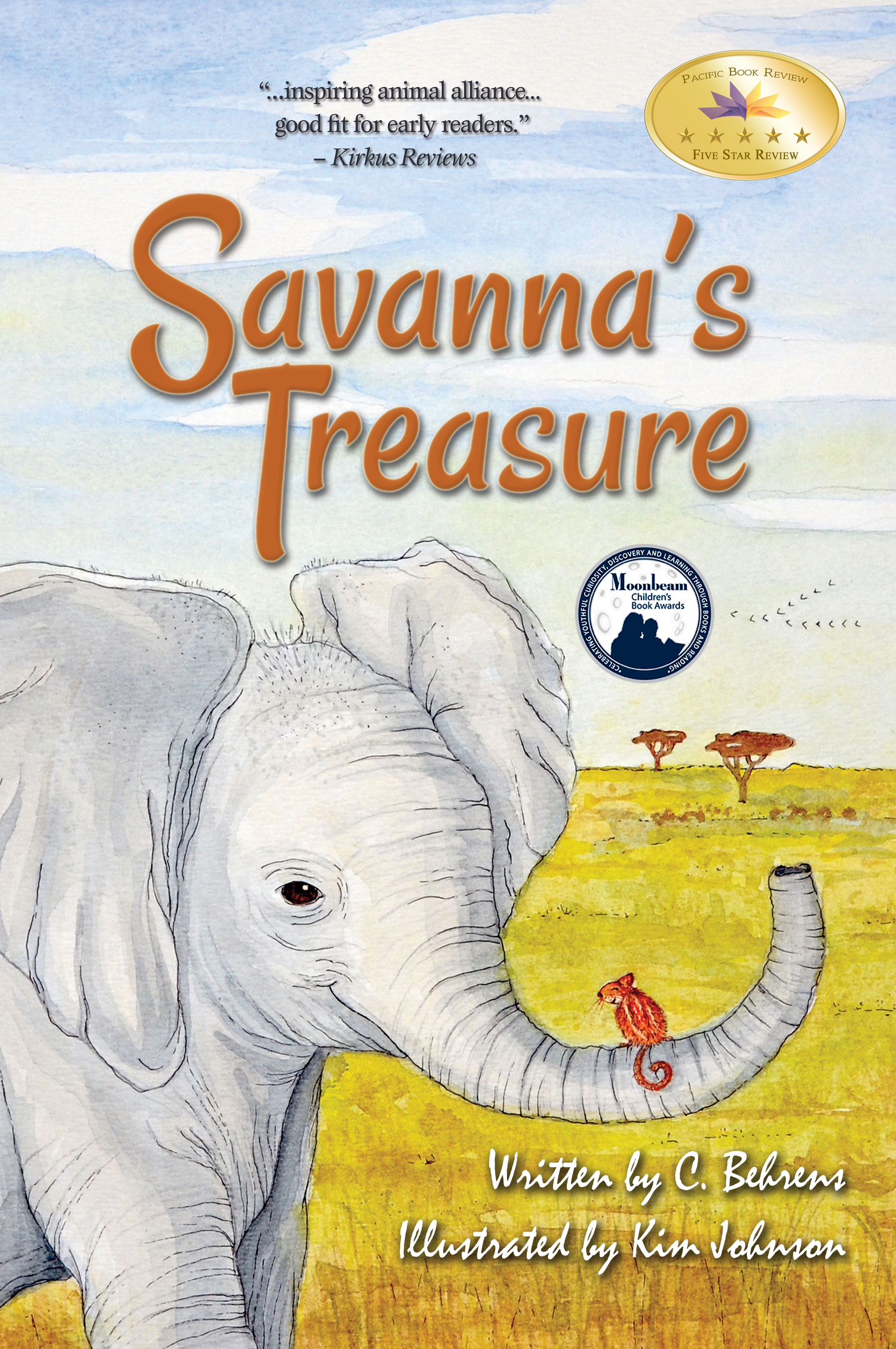 CHARLOTTE’S WEB. THE INCREDIBLE JOURNEY. THE WIND IN THE WILLOWS. THE LION KING. MADAGASCAR. Great children’s stories all. Now add to that illustrious list SAVANNA’S TREASURE, the debut children’s book by Chris Behrens that is garnering superlative reviews and has received a major award. Behrens’ dramatic and inspiring story of the unlikely friendship between a baby elephant and an African field mouse won the prestigious 2015 Silver Medal in the Moonbeam Awards, finishing ahead of Wyley Blevins. Savanna's Treasure also received the Indie B.R.A.G. Medallion Award. Kirkus Reviews calls SAVANNA’S TREASURE the story of “an inspiring animal alliance … and “a good fit for early readers.” Behrens adds that SAVANNA’s TREASURE is appropriate for older readers as well.

The story opens on the Serengeti with Shamba and his friend, Panya, both African field mice, being saved from a poacher's trap by Mrs. Cheetah and her 2 cubs. As the mice set out to find their human caretaker, they have to survive more poachers, pirates and other dangers in the wilds of Africa.


The end of the story is very dramatic with Shamba and his elephant friend, Kali, managing to outwit pirates aboard a ship. Near the end Kali appears to be mortally injured, but she manages to survive as does Shamba!

It is a heartwarming tale about perseverance, an unlikely friendship, and overcoming many obstacles. An adventure story format with much much more. Children and adults alike will love this book turned into a movie! It's similar to the Lion King but better!

As a single-custodial father of 2 daughters, I earned my Bachelor's degree from Dominican College in May of 2010 and received the Mother Lawrence Marie Award for Academic Excellence. During my final semester, I wrote a short story that placed in the top 100 of the Lorian Hemingway Short Story Contest. In 2011, I wrote another short story that also made her top 100. I am currently working on an adult novella and two more children's picture books. Savanna’s Treasure earned two awards: A Silver Medal in the 2015 Moonbeam Children's Book Awards and The 2015 Indie B.R.A.G. Medallion. In those Moonbeam Awards my book finished ahead of the well-published Wiley Blevins. The Bergen County Library System has included it in its catalog, and it also spent some time on the shelves at several Barnes and Noble bookstores. A local school purchased 450 copies and used my book for their “One Book, One Community” event. Three more schools have contacted me about doing similar events.