A Shadow in Space 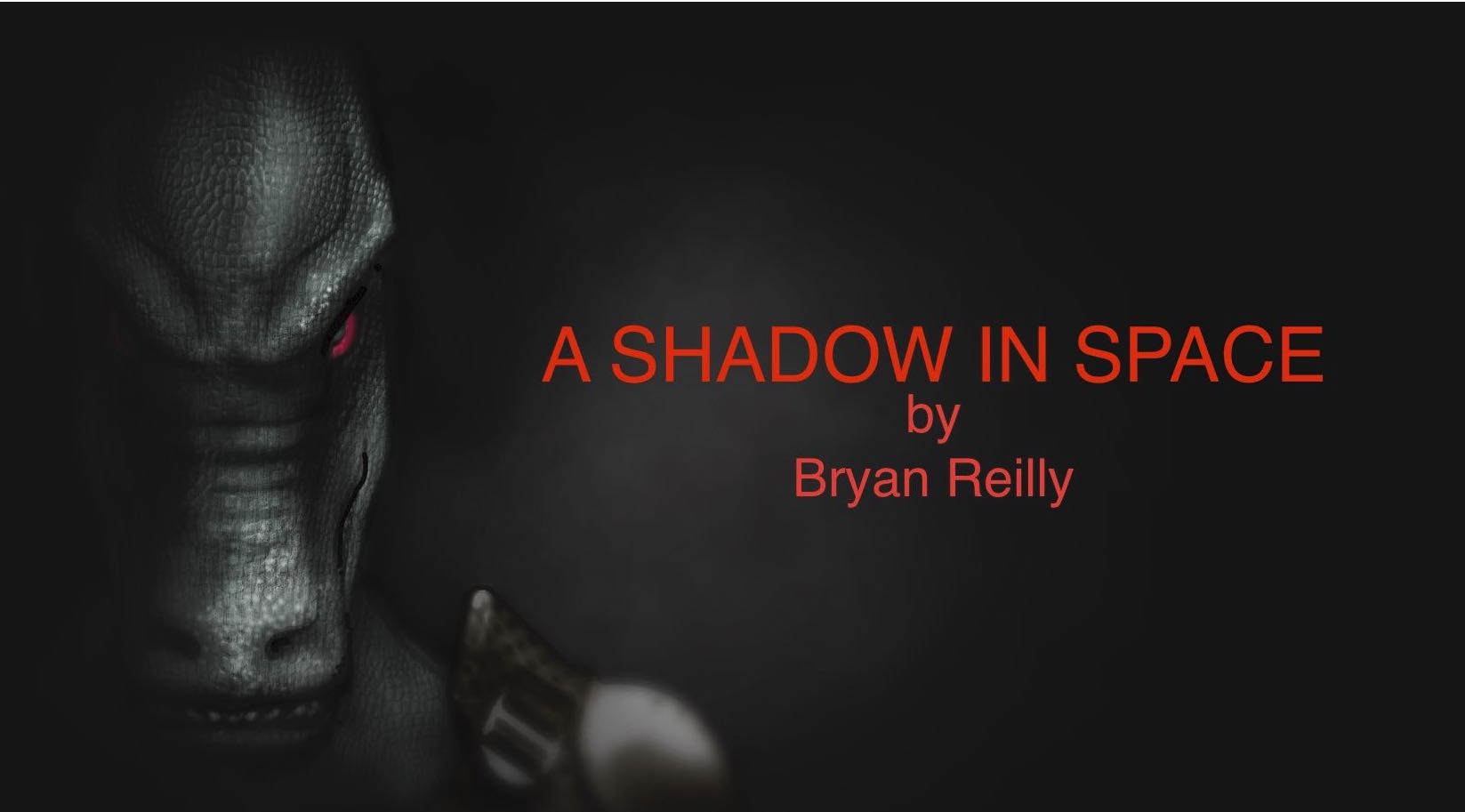 A suicidal teenage colonist survives an alien infection and must choose between ending his life and using his strange new abilities to save the colony planet from annihilation.

Jack, a suicidal human teen, enjoys a thrilling ‘last’ day with Cassi, a secretive Gillian refugee. Two aliens crash near Jack’s home. One is a dying Tirian that gives Jack amazing powers. The other is a genocidal Reptilian. As Jack resists his new powers, the colony falls into shadow.


Jack’s love for Cassi inspires a quarry showdown with the Reptilian. He resists death as Cassi swims an underground river to a ranging seep of incendiary dust. No longer repressed by her secret, she rises above the river and sets off an explosion. The Reptilian is killed. Jack and Cassi survive.

If drastic personal transformations, unlikely allies, reluctant heroes and dark humor pique your interest, A Shadow in Space will be a great fit for your list. On the colony planet, Sagana, teenage quarryman Jack Chappell is haplessly suicidal. But does he want to kill himself or be saved from the depression caused by his shattered family and facial disfigurement? Cassi Orion Peia is Jack’s only friend and foil to his suicidal schemes. As an aquatic Gillian refugee, she yearns to fit in with Sagana’s human majority and secure a brighter future. Thus, she devotes herself to Jack’s well-being and toes the line like a ‘good little Gillian.’ But when two mysterious warships crash near Jack’s home and a dying creature named Korac infects his bloodstream, everything changes. Jack suddenly has amazing powers and a strange voice in his head that champions life and vengeance over suicide. Seftok, the genocidal Reptilian general who murdered Korac’s family, survives the crash. He commits atrocities that force Cassi to reveal her secret power and forsake all that she holds dear. If Seftok isn’t destroyed, every human and Gillian on the colony planet will meet a terrible end. As Jack and Cassi encounter powerful enemies, obstacles and moments of self-discovery, it becomes clear that their friendship is the colony planet’s only hope for survival. A Shadow in Space won the "2018 Book with the Best Screen Potential" award at WriteMovies.com.

Bryan Reilly is a Partner and Creative Director at Haymaker Creative. From his home office in Stratford, CT, he provides concepts and copy for traditional and online marketing initiatives. In his career, he’s written effective copy for meaningful causes such as early breast cancer detection, concussion awareness and seniors in need. He’s also used readouts from his Life Quality/Bullsh*t Meter to make interesting career choices. On one occasion, he bade a hasty farewell to every cent of a corporate severance package by renting a Brooklyn, NY loft for the soon-to-be short-lived Unpublished Underground, an art gallery for aspiring writers. Bryan dreams big and doesn’t shy away from Herculean challenges. Thus, pursuing writing successes in a town with Shakespearean heritage is right up his alley. Appropriately, his fiction infuses tragedy with comedy and feats of heroism that are subtle and overt. His unpublished YA science fiction novel, A Shadow in Space, recently won the "Book with the Best Screen Potential" award at WriteMovies.com.

Jack is a teenage boy living in a human colony in space, suffering from suicidal thoughts due to the death of his parents and his own disfigurement. On the verge of suicide, Jack encounters two aliens who crash near him, the opposing warriors Korak and Seftok. Seftok has malicious intent and wants to disrupt the peace on the colony. Jack teams up with Korac and his love interest, Cassi, to thwart Seftok's ambitions.

The protagonist's introduction is interesting and tongue-in-cheek, due to his views on his life.

Nothing in particular urged me to put the book down while reading.

A troubled teenager's suicide attempt being derailed by the abrupt appearance of warring aliens is interesting and promises action, suspense, and meditation on mental health issues.

If adapted, I could see this story having a potentially large fanbase due to it being targeted to young adults and is science fiction. The story lends itself to extended beyond the conclusion of its plot and is filled with action and good character building moments.

I don't see this story garnering awards/acclaim due to its lack of depth in the exploration of its themes. Suicide is a topic, while talked about extensively in the story regarding the protagonist, offers no interesting take on the subject. This coupled with the straight-forward plot leaves little to the imagination and something to think about post-story.

FILMS AND TV SHOWS SUCH AS, "STAR TREK", "BEN-10", "E.T.", AND "DISTRICT 9" ARE SIMILAR TO THIS STORY DUE TO THE PLOT SIMILARITIES AND THEMES SUCH AS ALIENS AND "FINDING A NEW LEASE ON LIFE".

The protagonist and his outlook on life and his transformation is somewhat unique due to his bluntness as a narrator.

As stated before, the blunt nature of the protagonist stood out for talking about controversial subject matter in a very forward way.

This is not quite a rare gem but has the potential to be with improved characterization of supporting characters, and adjusting the pacing of the story which can be slow at times.

The story has a strong protagonist, world-building, and the potential for a large young adult audience which it can connect with on themes of "coming-of-age", dealing with loss and self-image, and suicide, something a large portion of the audience has experienced in some way or another. This story can fit in the marketplace as a young adult film or show with an edge.