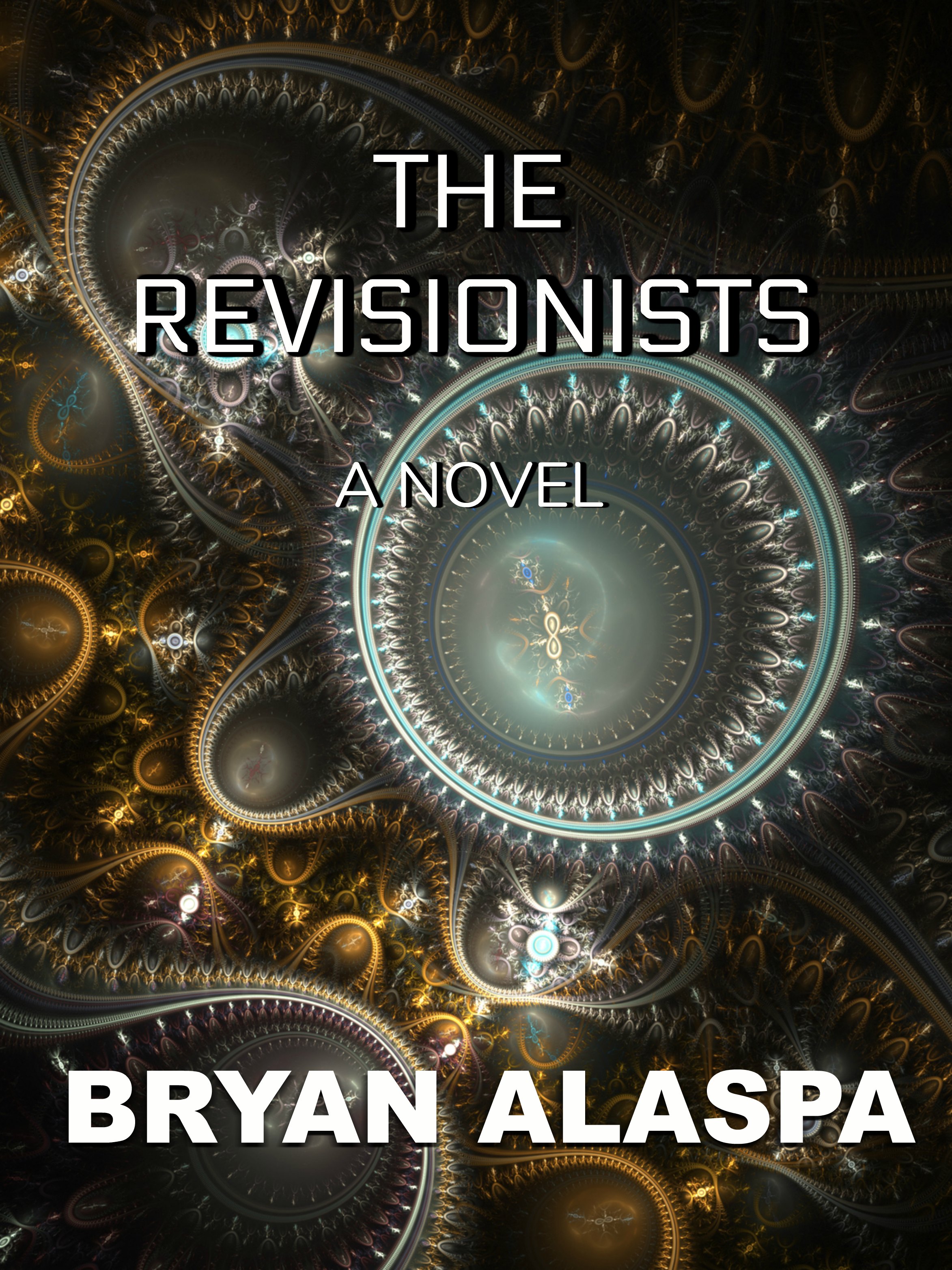 Cal Trove has invited his friends from college to his island in the middle of the Pacific. None of them have seen him for years, but he's become one of the richest, most powerful men in the world. Trove industries creates phones, software, computers, and more. Now he says he has something new.


His friends realize the damage Revision is doing and that continuing to use it will unravel reality itself. There's only one way to stop it. They have to use Revision to destroy revision, but doing so will cause them to sacrifice two of their own - and worse.

The Revisionists ask the question - what if one man could collect all of the information throughout the world and use that to alter reality itself? By doing so, what if he could change the past? If you had such power, what would you change and how much damage would doing so change the future? Cal Trove is the richest man in the world. Everyone has a Trove phone, computer, tablet, television and more. In fact, most people don't know how far Cal's power extends. He is an infamous recluse, living on his private island, surrounded by his most trusted employees. Now he has invited several of his college friends. He says he has something new to show them - Revision. He has taken the Mandela Effect, made it real, and can now alter reality. He wants his friends to help him change the world. The problem is Cal is more than a little unstable. As his friends dig deeper into Trove's world, the shocking horror of what he's done, and what he will do, becomes evident. Now, they have to sacrifice themselves and possibly commit horror of their own, to stop him.

Bryan W. Alaspa is a Chicago born and bred author of both fiction and non-fiction works. He has been writing since he sat down at his mother's electric typewriter back in the third grade and pounded out his first three-page short story. He spent time studying journalism and other forms of writing. He turned to writing as his full-time career in 2006 when he began writing freelance, online and began writing novels and books. He is the author of more 40 books of both fiction and non-fiction and numerous short stories and articles. Mr. Alaspa writes true crime, history, horror, thrillers, mysteries, detective stories and tales about the supernatural.