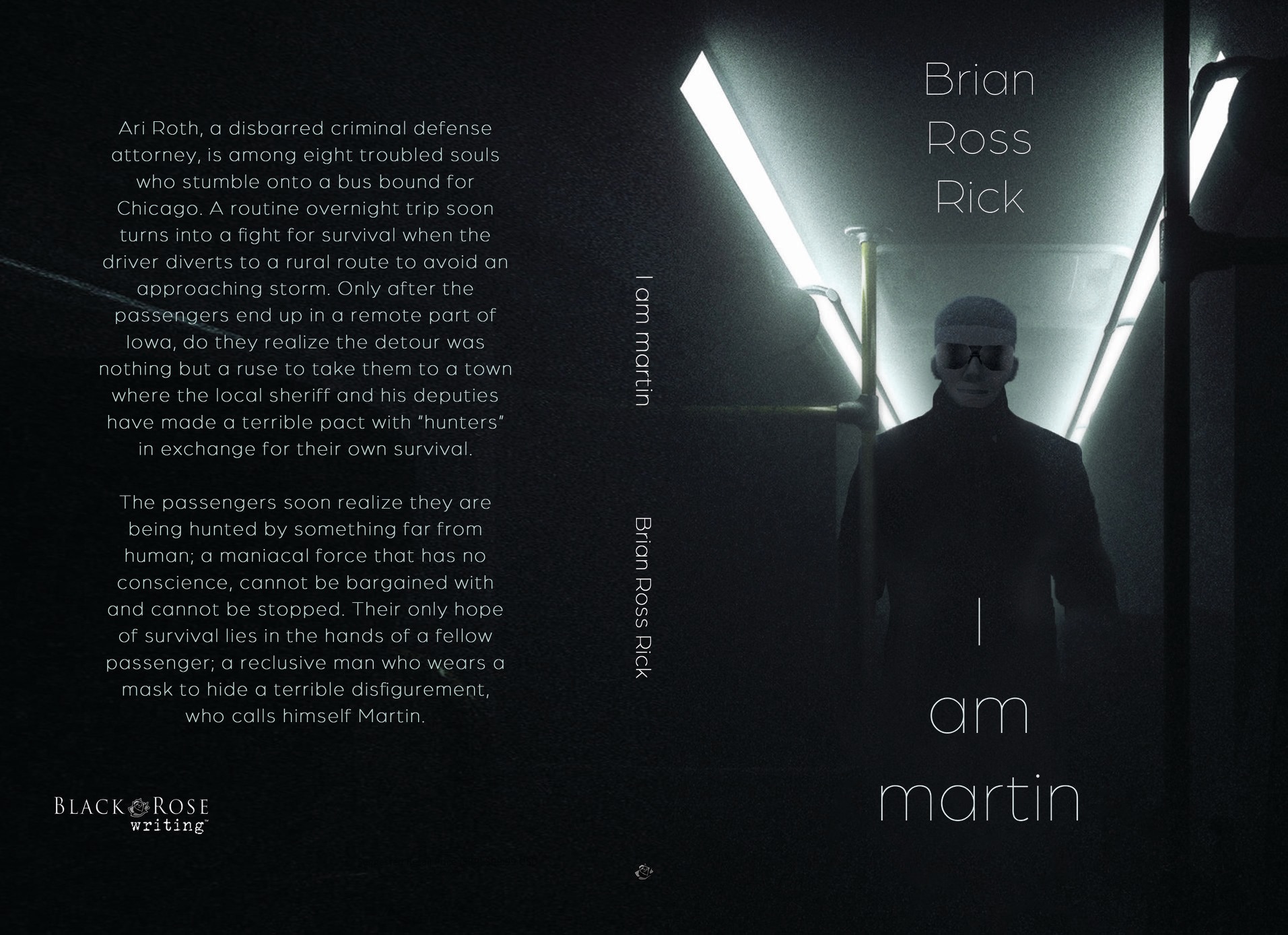 For 8 bus passengers, a long trip becomes a struggle for survival after their bus is diverted to a small town whose inhabitants have made a terrible pact with hunters. The passengers soon learn the hunters aren't human. Their only hope lies in the hands of a fellow, masked passenger named Martin.

Ari Roth, a disbarred attorney, is among eight troubled souls who board a bus bound for Chicago. An overnight trip soon turns into a fight for survival when the driver diverts to a rural route to avoid an approaching storm. The passengers learn all too late that the detour was nothing but a ruse.


Martin, who wears a mask, proves far more lethal than the monsters who are hunting the passengers. Martin turns out to be a monster whose job is to “clean up messes” for a part of the government that does not exist on paper. He saves the passengers from the hunters as well as his own employer.

Ari Roth, a disbarred criminal defense attorney, is among eight troubled souls who board a bus bound for Chicago. A routine, overnight trip suddenly turns into a fight for survival, when the driver diverts to a rural route to avoid an approaching storm. Only after the passengers end up in a remote part of Iowa, do they realize the detour was nothing but a ruse to take them to a town where the sheriff and his deputies have made a pact with hunters in exchange for their own survival. However, the passengers soon discover that are being hunted by something that is far from human, something that has no conscience, cannot be bargained with and cannot be stopped. Their only hope for survival lies in the hands of a fellow passenger, a reclusive man who wears a mask and gloves to conceal a terrible disfigurement, a man who only calls himself, “Martin.” “I Am Martin” is about human bonding in the worst of all circumstances, and, as in the tradition of the highly successful ABC television series, LOST, “I Am Martin” is also about redemption, about overcoming addiction and about reconciling one’s dark and troubled past with the need to survive. Though no sequels are written yet, there is always room.

Asked about his greatest accomplishment, Brian Ross Rick responded by saying it was the night he prevented a Vietnam Veteran from committing suicide. He was only 19 at the time but was all too familiar with the long-term consequences of war. The son of a highly decorated World War II Veteran, who fought in the Battle of Normandy, the Battle of the Bulge and helped Liberate Buchenwald Concentration Camp in 1945, Brian began writing at the age of six. He wrote his first novel at age 12 and drew more than 120 comic books throughout his teen years. At 14, while dealing with the typical teenage angst that afflicted so many of his generation, Brian created a character, an antihero named Martin. In 1992, Brian published “Leaving Home,” a Science-Fiction short story set in the not too distant future. He later shared the story with the Vice-President of the United States. In 2016, while living close to numerous current and former Marines, Brian published “Some of Dad’s Stories,” a 43-chapter anthology about his father’s experiences in war and peace. “Some of Dad’s Stories” is now available at Barnes&Noble.Com. On a rainy night in early 2014, while sitting at a Dunkin Donuts in Davie, Florida, Brian resurrected the long-forgotten character of Martin and started work on a new Horror novel--“I Am Martin.” He completed the final draft of the book in 2019. “I Am Martin” is being released on May 14, 2020. Brian attributes his father as being the greatest influence in his life as well as his former Imaginative Writing professor and best-selling author, James Lee Burke. He also considers Stephen King, Rod Serling (The Twilight Zone) and Michael Crichton to be his mentors. Brian and his wife, Angel, life in Lakeland, Florida