Seven Boxes: An Inspirational Memoir, Celebrating the Strength to Move On 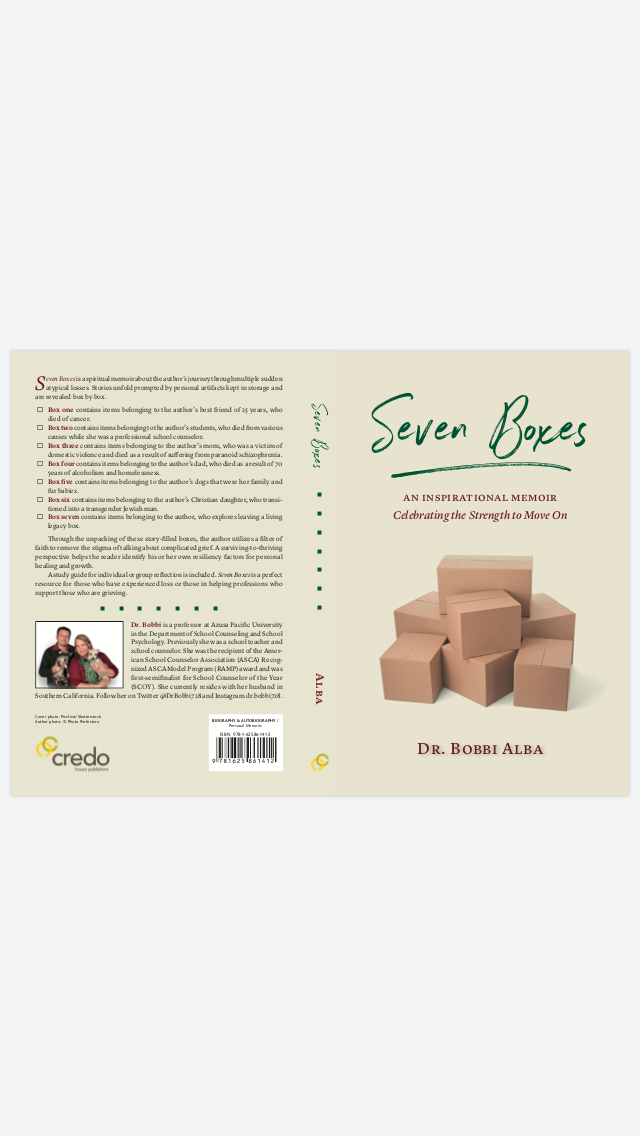 Seven Boxes is a spiritual memoir about the author's journey through multiple sudden atypical losses. Stories unfold prompted by personal artifacts kept in storage and are revealed box by box.

Age: 50 when I wrote the book and I am reflecting on my past experiences since birth

Seven Boxes is a story for our uncertain times. Through the unpacking of story-filled boxes, the author utilizes a filter of faith to remove the stigma of talking about complicated grief. At a time when many are feeling a sense of loss and/or are grieving, this story brings hope. A surviving-to-thriving perspective helps the audience to identify his/her own resiliency factors for personal healing and growth. Topics include cancer, death of a child, domestic violence, paranoid schizophrenia, alcoholism, homelessness, pet loss, and transgender youth. These themes have universal appeal as does the overarching theme of grief and loss. The content is provided in a real, yet humurous way that imparts hope and healing. Seven Boxes has been created in a flexible format that could be a film or television series with each boxed chapter representng a different episode topic or movie scene. The central character provides the continuity through each scene. It would be easy to produce during a public health emergency in that the storage facility set could be static, and it could even be a one woman narrative with flashback scenes utilizing minimal characters if warranted. Seven Boxes could easily be adapted to suit a Christian film format, or for a secular audience.The contemporary Christian band, Big Daddy Weave is mentioned in the story, and they may be interested in pursuing its production highlighting their song that served as an inspiration to write this book.

Dr. Bobbi is a professor at Azusa Pacific University in the Department of School Counseling and Psychology. She has her doctorate in Educational Leadership from California State University, Long Beach. She currently resides in Long Beach, CA. Follow her on Twitter and Instagram @DrBobbi728.