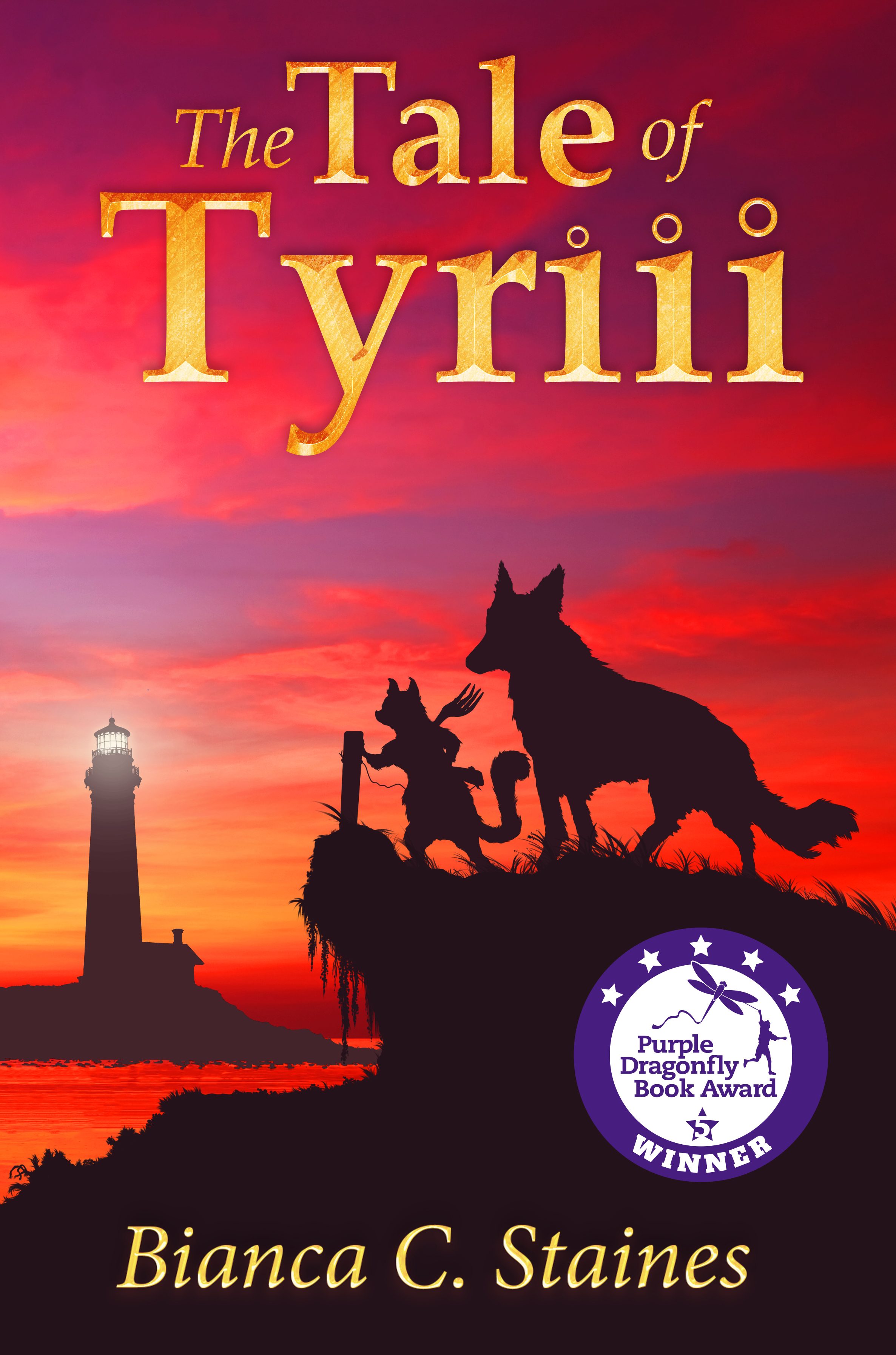 The Tale of Tyriii is the story of a hot-headed possum princess on a quest to kill the terrible Shadow. Reuniting friends and enemies - old and new - this is a book about unlikely alliances, being different, and the ambiguity of good and evil.

The Shadow is on the loose and her sister’s life is hanging by a thread, and it’s all her fault. Tyriii will be erased from possum history, unless she can stop the monster and put her story right.


Tyriii finds a far greater evil is afoot, greater even than the Shadow. Soon she will have to choose: join forces with the dark side to save her realm and her sister, or play the hero and risk being forgotten forever.

In the popular and classic style of Duncton Wood and Tailchaser's Song, The Tale of Tyriii is a middle-grade animal story with a strong female lead whose challenge is that of many of us: being different. Unlike her peers, Tyriii is unfriendly, hot-headed, and hell-bent on proving herself to her father, who seemingly only has eyes for her little sister, Fridaaa, born with a golden pelt and, thus, destined for glory. All this changes, when Tyriii's ill-fated attempt to be noticed, ends up with the monstrous Shadow on the loose and her sister in a coma. On a quest for revenge, Tyriii will have to take care not to become the monster she seeks. The book is subdivided in multiple character threads united by a common theme: difference. Be it by colour, appearance, infirmity or displacement, every main character is unlike their peers, and how each of them faces their sense of marginalisation pervades the narrative. I believe this book will appeal to young readers in a world where many no longer readily identify with a defined ethnicity, colour, gender, culture and sexual orientation. The book would work well in an episodic TV format, or animated movie. While it is the sequel to the award-winning The Tale of Prince, it is a standalone book, not relying on the reader having knowledge of prior events.

Bianca Claudia Staines is an Anglo-Italian writer based in New Zealand. Born in England, she grew up in the medieval town of Perugia (IT), and moved to New Zealand in 2009. A life-long animal lover and passionate about storytelling, she graduated in Ecology and Animal Behaviour from the University of Auckland, while sneaking into writing classes she most definitely hadn't paid for. Her first book, The Tale of Prince, and its sequel The Tale of Tyriii, won the prestigious Purple Dragonfly Awards for Excellence in Children's Literature, in 2017 and 2018 respectively. Bianca is currently working on the third book in the Taleweavers’ Adventures series, as well as a YA novel about the mysterious Etruscan gods whose stories are buried under her beloved Umbrian soil. She shares her life with a neurotic rescue dog named Nina.

Tyriii struggles to feel like she belongs in her possum kingdom; especially in public life as the daughter of the king and with a sister who possesses rare beauty. She goes on a quest to defeat darkness. Along the way she learns to accept herself and finds people who like her unique personality as is. When Tyriii returns home, confident and finally happy, she is given a hero's welcome and embraced by all.

The usage of the short summary pronoun usage without context makes it seem like the Shadow's sister is in danger and not Tyriii's sister. By reintroducing Tyriii as the protagonist in the short summary first before the villain, the relationship will be clearer. The development pitch is dense so may benefit from being broken up into two paragraphs based around the subject switch from Tyriii to the discussion of the book's themes.

The world building is very clear and the moral lessons are refreshingly nuanced for a younger audience. The themes are well developed and the characters smoothly discuss them as well as enact their values through overcoming their individual internal conflicts.

This is definitely a saga with a huge cast of characters and original folklore so as an animated movie with multiple hero's journey's this might be too dense. Were it to be changed to a TV show linking the episodes by character and plot development rather than theme might help make the external conflict easier to follow. So many characters make remembering where the character is on their journey a bit tough, especially for young audiences with too many characters are placed in between singular journeys.

The hook is that the animal characters are different in a variety of ways and the protagonist is a possum. These difference mimic real life diversity and there are nuanced moral lessons within the plot.

This has the potential to have a large fanbase for children and their caregivers as it is a unique animal world with smart lessons that kids can understand but fresh enough for parents to enjoy.

Due to the refreshing moral lessons and reevaluation of good versus evil, if this were to become an animated venture either as a children's series or film, this does have potential to garner notice in the awards circuit.

The unique elements of the story stem from the diverse way the animal kingdom interacts and the way virtues are treated within society. Accepting differences is a key lesson but the scope is so broad that focusing on deeper transformations for a smaller group of characters might enhance the emotional investment and make the external conflicts easier to follow depending on the type of adaptation.

Tyriii is independent, smart, and fearless; she becomes a role model of self-acceptance and introversion. Her father is wise and loving and methodical. Her sister, Fridaaa, is bubbly and consistent in her generosity of spirit such as when Tyriii is short with her, Fridaaa still treats her with joy and respect. Lukhas is the striking albino fox who is fierce and devoted and spouts super cool action hero lines when given the chance.

This has so much potential in its setting, characters and themes. It has a lot going on, but maybe too much going on inn complexity for children to follow in such a condensed manner. Either splitting up the lessons and external conflicts to more digestible portions in separate narratives or reducing the amount of characters and information presented through in-world storytelling to teach the morality, might then make the story simpler to follow with its multiple character arcs for younger audiences.

Breaking up the saga to focus more solely on Tyriii's journey or separating the narrative into more digestible portions (such as either decreasing the size of the cast to track their internal conflicts more easily or by streamlining the external conflict to unify their theme more succinctly) may help simplify the structure.