Meet Me At Pebble Beach 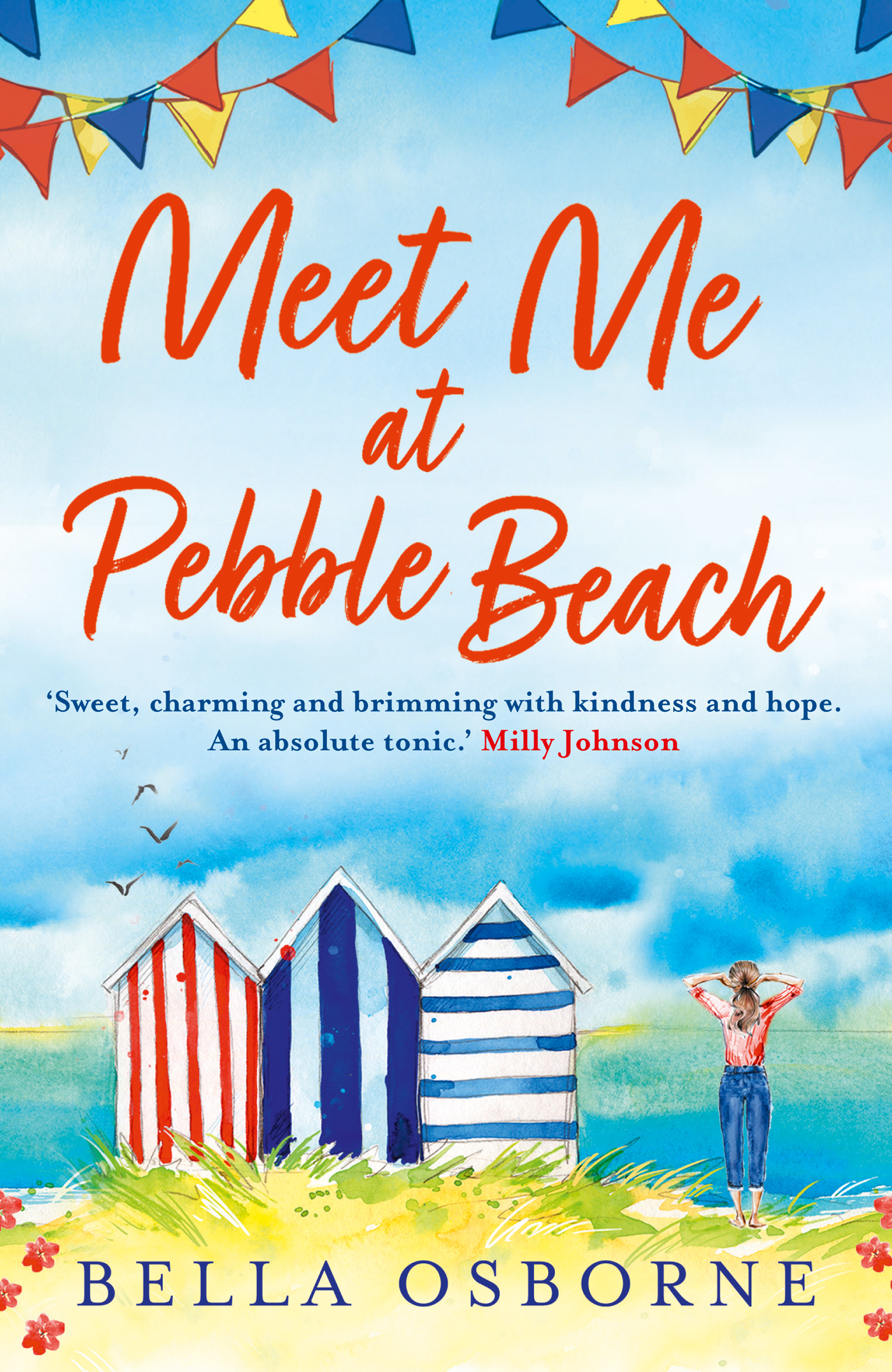 Regan is holding a winning lottery ticket. Goodbye to the boyfriend who never had her back, and so long to the job she can’t stand! Except it’s all a bit too good to be true… When Regan gets pranked, she finds herself unemployed, homeless and single in one fell swoop.

Regan’s friend has a glamorous life putting hers into sharp focus. Regan buys a lottery ticket and writes a list of what she’d do if she won. Her numbers match. In her excitement at winning she dumps her useless boyfriend, gives her stuff to charity and quits her job. Only to find out it’s a prank.


After completing almost everything on her lottery wish list, albeit with budget friendly options, she faces the final item – Get a hot new boyfriend. After a lifesaving operation Regan and Charlie are finally able to embark on their happily ever after.

The Bucket List meets Bridget Jones What would you do if you won £10 million? Quit your job? Dump your partner? Move out? And what if you then discovered it was all a prank and you’d not won a penny? This is what happens to Regan in Meet Me At Pebble Beach. Ideally suited to the big screen. A story that will have you rooting for Regan to get her happy ending. Full of characters you’d want to hang out with and a powerful message that life is for living so what are you waiting for? Set in Brighton UK, Regan hits a couple of floors below rock bottom when she finds herself unemployed, single and homeless. All she has is the lottery wish list of things she’d do if she won. Handsome stranger, Charlie, is a welcome distraction and offers her some much needed advice and the kick up the bum she needs but Charlie is hiding a devastating secret of his own and because of that they can’t be in a relationship. When her homeless friend is killed in a hit and run, Regan questions everything. With the help of Charlie and her quirky friends in her seaside community she sets about getting justice for her friend and rebuilding her life, proving to Regan you really can rely on the kindness of others. Regan decides to step outside her comfort zone and one by one she ticks off the things on her lottery wish list albeit they are the budget friendly versions. Full of twists and turns it is an intelligent romantic comedy jam-packed with drama and laughter culminating in a hard won happy ending.

Bella has been jotting down stories as far back as she can remember but decided that 2013 would be the year that she finished a full length novel. Since then she’s written six best selling romantic comedies and she’s been shortlisted three times for the RNA Contemporary Romantic Novel of the Year Award. Bella's stories are about friendship, love and coping with what life throws at you. She lives in The Midlands, UK with her husband, daughter and a cat who thinks she’s a dog. When not writing Bella is usually eating custard creams and planning holidays. For more about Bella, visit her website at www.bellaosborne.com

Regan is a lazy, self-loathing woman quite unhappy with her life, her boyfriend and her job. After she wins the lottery, she lets go of everything she believes that make her unhappy, only to find out it was all a prank staged by a work colleague. When she finds herself without a job, a home or a loving partner, she begins a journey towards happiness and a more fulfilling life.

Yes, it does depict the book properly.

The humor of the narrative, which is emphasized in the beginning through the protagonist’s clumsiness, her laziness and her ironic way of facing life. The premise is also very interesting, and it leaves us curious to get to know how the lead character is going to overcome the challenges posed against her.

The change from a comic tone to a considerably more dramatic one throughout the book. Even though the protagonist goes through a life-changing journey, it doesn't mean she has to changer her personality entirely.

The premise: a woman who loses everything right when she thought all her dreams had come true.

Maybe not a very large fanbase, but the comedy and the romance of the story, as well as the charming characters, could attract an audience.

Not really. The initial comedy has some potential, but at the end it turns into a trivial, clichéd romance, with characters that could be further developed.

BRIDGET JONES'S DIARY - A FILM ABOUT A WOMAN WITH LOW SELF-ESTEEM AND UNHAPPY ABOUT HER LIFE WHO ENDS UP DISPUTED BY TWO ATTRACTING MEN. THE PURSUIT OF HAPPINESS - A FILM ABOUT PERSISTENCE, CENTERED ON A PROTAGONIST WHO GETS AROUND AFTER FACING SERIOUS FINANCIAL AND PERSONAL PROBLEMS.

The premise is original. However, it would be more unique if it sticked to its initial comic tone and didn't turn into a clichéd romance with dramatic touches.

The protagonist is sarcastic, funny and initially doesn't care much about things such as her job or her boyfriend. She is particularly jealous of her best friend's beauty and wealth. Her way of acting at the beginning is often even unlikable, which is interesting for a story of this sort, even though there are already evidences that she is, deep down, a very good, loving and caring person.

Not a rare gem. The beginning is promising, but the story turns into a much more standard romantic narrative, which dilutes the strength of the intriguing premise.

It starts as a very promising, interesting comedic narrative with an unexpectedly self-centered protagonist who doesn’t care much about her job or actually anyone else, and only dreams of becoming rich and saying goodbye to her present life. In fact, at the very beginning it is easier to relate to the boyfriend she doesn’t love than to her, which is an unusual and intriguing choice. The fact that she goes through some life-changing events in the course of the narrative is also great. However, she shouldn’t change her entire personality nor the story should go from an all-out comedy to a classic drama/romance, completely losing its fun in the process. For the book to be adapted, it would need some extensive changes in tone. Even if it goes from a funny place to a more dramatic one, it has to maintain some of its original characteristics so the audience would still be invested in the narrative. Some of the romantic clichés, such as Charlie’s disease or the impossibility of their relationship, could also be taken more lightly. The way it is, it feels like a narrative that goes from Bridesmaids to The Fault in Our Stars, and the first part ends up being way more compelling than the second one.