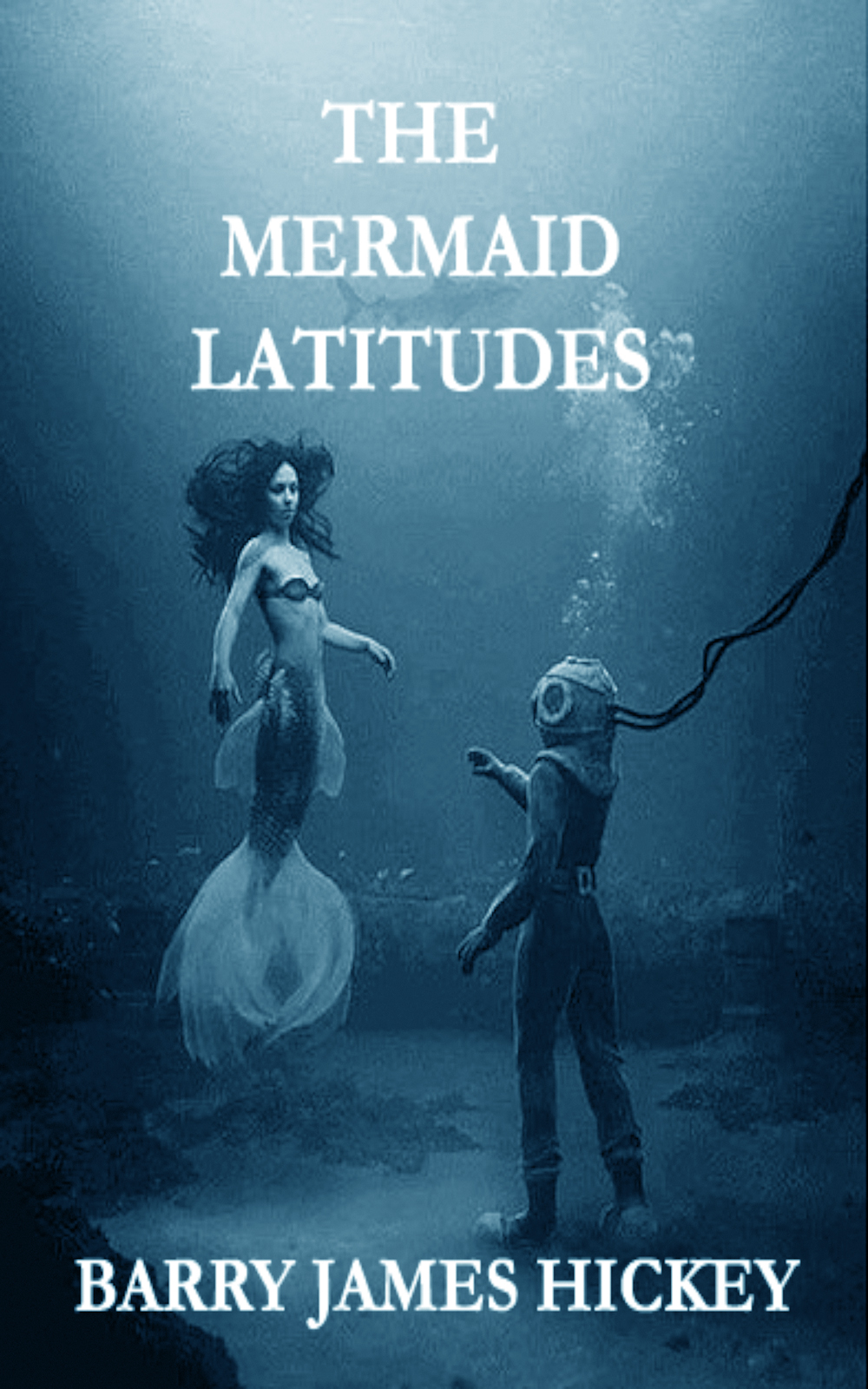 A miniature painting of a mermaid drawn in bat’s blood is taking the art world by storm. Who painted it and why? It is up to Larry Settlebottom, a sheltered museum curator, to decipher the riddle. His adventures take him on the adventure of a lifetime.

On behalf of an eccentric widowed Chicago billionaire, Larry Settlebottom, a single and reclusive museum curator in his thirties with a secret past and a love for the Blues hires a retired gang-banger as a bodyguard to find a famous and mysterious painter gone missing in Mexico.


With the help of sea gypsies, Larry finds self-realization, friendship and love after confronting El Gordo, a pig of a man and the essence of evil. But the question remains: Do mermaids exist?

A miniature painting of a mermaid drawn in bat’s blood is taking the art world by storm. Why was it adrift at sea in a bottle, a coded message etched in the glass? Who painted it and why? It is up to Larry Settlebottom, a sheltered museum curator, to decipher the riddle and find the missing artist for his rich widowed benefactor. His adventures with a troubled bodyguard take them to Mexico and beyond as they encounter modern-day pirates, corrupted oceanographers, a band of romantic sea gypsies and an eccentic artiist, all leading them to a remote island where madness, death and art live together. Do mermaids still exist? A beautiful woman named Ismelda thinks so. We live in a complicated world where anything is possible.

Barry Hickey, in full Barry James John Hickey, (born April 02, 1955, Chicago, Illinois, U.S.), is a charismatic American author of novels about ordinary people experiencing life-changing events. He writes in all genres of fiction, often influenced by his own extraordinary adventures and infinite imagination. Hickey grew up on the Southside of Chicago in a large, struggling family, working full-time while attending four colleges. He studied Cultural Anthropology, English, Journalism and Theater, eventually earning a B.A. degree in Diversified Studies from the University of Colorado. Hickey enjoyed a modestly successful 17-year career in Hollywood as an actor, writer and producer in independent films interspersed with stints working for motion picture studio executives. (Disney. Touchstone, Hollywood Pictures, CBS MOW). His close friends call him "Hollywood". Regarding his books: The Five Pearls, originated from his three years as a high school teacher working to empower dysfunctional American youth. Chasing God's River explores a man trying to reclaim his masculinity as he is confronted by his past on the wild rivers of Colorado. In The Glass Fence, Hickey writes of an emotionally empty woman kindling new friendships with female outcasts from her daily life by starting a rowing team at an ocean front 5-star hotel in San Diego.. Waking Purgatory (for lovers of Stephen King) explores the life of a young widow raising savant twins in a small town with a terrible secret that opens the door to purgatory. The Water Lawyer, (co-written with Kevin Donovan), portrays a modern American Indian hero in a legal thriller influenced by corporate American greed. (For lovers of John Grisham). Two more novels are in the works. The Fire Lawyers and The Ice Lawyers. Film option has expired. Hickey owns all rights. Once Upon a Knight: The Pendragon Prophecy offers a modern day farmer who discovers he is the last heir to King Arthur's throne, thrust into a secret world of wizards, knights and magic.(2 more novels are in the works.) Hickey's 2019 release, The Mermaid Latitudes, explores personal destiny, pitching a meek museum curator, his mischievous bodyguard and a stoic woman against pirates, sea gypsies, and men gone mad. In Finding Paul Bunyan Hickey confronts an America with lost values, resurrecting Paul Bunyan and his big blue ox Babe into a modern world where they are no longer needed or wanted. A cancer survivor, Hickey also writes screenplays and original music.

Larry is living a quiet existence when a rich widow shows him an unusual stamp displaying a mermaid. He sets out to find it's origins but is stranded on an island, finally rescued by sea guppies. He learns about the history of Merman and Mermaids and is tasked with killing a giant. Ismelda has been prisoner to an evil man on this island for many years, but Larry and his new friends help free the inhabitants from El Gordo and his tyranny.

Larry is a normal guy who believes he never went out into the world. He has a safe job and a safe life. He ends up on a massive, eye opening adventure. The character arc from sheltered and quiet individual to a courageous, risk taking individual is always entertaining and inspiring. Ismelda is also a very complex character. She is enduring so many traumas and remains strong.

The dialogue isn't always natural. It feels overly dramatized especially at the end, when Larry and Ismelda meet. It sounds almost philosophical but seems out of place with the rest of the story.

The hook is that Larry's investigation of a mermaid stamp takes him to a dangerous island and the discovery of the history of mermaids. I would watch the movie for the fantast and adventure aspect. Larry meets different creatures and learning the history of the extinction of mermaids. Unfortunately, there aren't any mermaids to see.

This could have a large fanbase. Dramas stories mixed with some fantasy do have mass appeal. This also flushes out a complete history of merpeople which hasn't been done before. It also ties in some hard hitting topics such as genocide, enslavement, physical and sexual abuse and the destruction of cultures and other species.

This could have awards potential for the acting. Ismelda is a very complex and layered character. She is dealing with trauma, constant abuse while trying to protect those around her. Her children have been killed but she lives on. She would be a great character for a well trained actress to bring to life.

The story isn't overtly original. There are many stories about mermaids and men living quiet life, ending up on a adventure. The ideology of the story makes it unique. The mysterious island, merpeople and their lore, the evil giant all come together to add uniqueness to the story. It could be more unique if more woman were apart of the main plot. This story takes place off of the coast of Mexico so Mexican culture and people should be represented.

Ismelda is a complicated character with so much going on. She is being raped and mistreated daily, for however long she has been on the island. She is trying to protect those on the island and those who visit from the cruelty of the giant, El Gordo. She is strong, but is dealing with a serious situation.

This is an above average story that could be made more dynamic, visually. The time Larry spends on a boat at sea and El Gordo and Ismelda on the island would be a feast for the eyes. It also deepens the story behind the mermaids.

This story has many interesting and entertaining elements. The character arc with Larry is satisfying and Ismelda's strength of character is inspiring. Visually, there will be many great moments with the island and the sea.