Stand-Up & Heartbreak: a comic and a sex addict walk into a marriage... 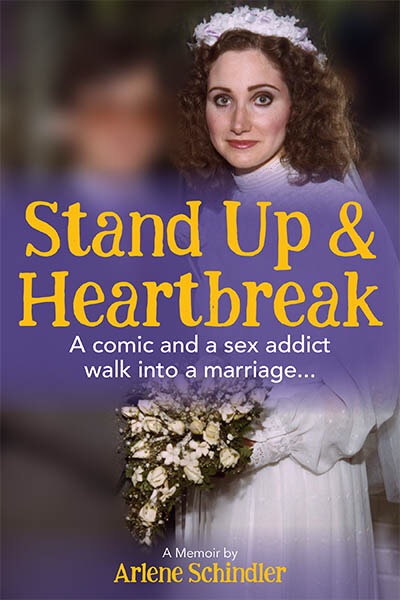 A 26 yr old formerly-fat late-bloomer struggles to become a stand-up comedian while being seduced into a seemingly exciting romantic relationship. A room full of love, vs a life full of love. How do you navigate the two in 1981, a time when women were still expected to marry up and shut up.

In 1981 New York City, a lonely, hard-boiled Brooklynite struggles in the unwelcoming man’s world of stand-up comedy, poverty, and 20-something fear, determined to find love and laughter, meanwhile being seduced by her boss from a 1-week temp job.


A tale of love, marriage, sexual addiction (his), comedy clubs, a glitzy Park Avenue high rise and betrayal. When her husband refused to divorce her, she went to the Mafia, pricing accidents. As their life crumbled, she dealt with problems on a night club stage. Leaving him & NY, life got better.

Glimpse into the true life of a woman comic in the early ‘80s in NYC, as seen through the eyes of a 26-yr. old, used-to-be-chunkier, budding comedienne. Living in a studio apartment in Brooklyn, she moonlights as an office temp where her slimy boss charms her into his bed and then a walk down the aisle. After marriage, he becomes a stranger to her, a celibate marriage to a sex addict. Extricating herself proves more challenging than she could ever imagine. Finally, she emerges with her punchline, works to rebuild her life, renew self-esteem, and reclaim her own sexuality. No one else is writing about this moment in time, right after the death of disco, from a female point of view, when women comedians were lone pioneers, also it’s worlds away from today’s morality and relationship priorities. Explore the uncensored struggle in the unwelcoming man's world of stand-up comedy, brimming with rejection, sexism, bad sex, and disappointment. Additionally, set in the 80’s there’s padded shoulders, permed hair, and almost memorable music. Comedy at the wrong time, in a world where timing is everything. Audiences of I’m Dying Up Here, Obvious Child, Broad City, Trainwreck, Fleabag, and Nextflix Comedy Specials would enjoy Stand-Up & Heartbreak. The lead role would be a star turn for quirky beauties like Caitlin Kinnunen, Rose Schlossberg or Abbi Jacobson.

Arlene Schindler originated the comedy review column for The New York Post, writing reviews and profiles of comedians appearing in the newly burgeoning club scene. The first column of its kind in the country, helping spur comedy’s greatest growth period, paving the way for Colin Quinn, Mario Cantone, Susie Essman, Gilbert Gottfried, Chris Rock, and others. Her writing has appeared in The Los Angeles Times, Daily Variety, WOMAN Magazine and Playgirl. In her NY comedy days, she performed with Frank Conniff, Cathy Ladman, Brett Butler and Andrew (pre Dice) Clay. Currently, she lives in Los Angeles, performing in spoken-word shows around town and try in vain to find the perfect knish.