King Of The Mall 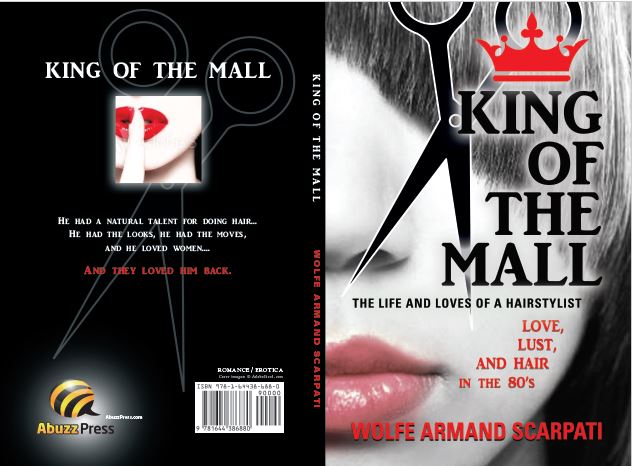 see "King Of The Mall story overview"...uploaded with files

The beginning of the story is simply a tale of growing up in the fifties and sixties in a small northeastern coal mining town, the sexual angst as such of the teen years, failing at college, almost getting trapped in small town, and by accident finding the glamour of beauty industry...


After a whirlwind career, numerous sexual affairs with clients and co-workers, finally ending up in NYC and finding the love of his life....who also happens to be a tantric love making expert. She keeps him sexually grounded for the first time in his life..

Name: The author, telling his story love, lust...He remains nameless, and in the first person.

Age: 20's into earl y30's but told in retrospective from present day

It was the 80s. Disco was over. Club life and 'the hunt' had taken on a whole new form, and if you worked at the mall…in this case, as a hairstylist at a top salon, had that special look and way about you, and loved women as much as this guy did, then you were in your element 12 hours a day… and, P.S. …this is not a teen mall romp ala Fast Times At Ridgemont High; far from it….it's more like 'Shampoo' meets 'Don Jon' meets 'Wolf of Wall Street', and in a twisted way finds you both loving, hating, and at times rooting for the protagonist author who decided to put his bio down on paper almost 4 decades after it all took place, in his biography, King Of The Mall. There is a back story to it all though….escaping from a small Northeastern Pa. coal mining town, and, the possibility of being trapped in a mundane existence. The author, Wolfe Armand Scarpati, takes us on a journey from early childhood and the joys of growing up in an Italian, Roman Catholic household during the 50s, and then well into his young adulthood during the turbulent decade of the 60s. He aptly schools the reader on what it was like during simpler times, the angst of life after high school, in one of the most historic years of that time, 1969….avoiding the draft, a short unsuccessful stint in college, and almost getting trapped in a series of blue collar labor jobs prior to entering the beauty industry, and wild times, where he could have any woman he wants during the sexual revolution.

Wolfe Armand Scarpati is a nationally known hair stylist and beauty industry educator. A 40 year veteran of the industry, he has appeared at every major beauty industry trade show as stage artist and lecturer, is a guest columnist for several national trade periodicals, and has had his photo editorial work published around the world.