Everything We Lose: A Civil War Novel of Hope, Courage and Redemption 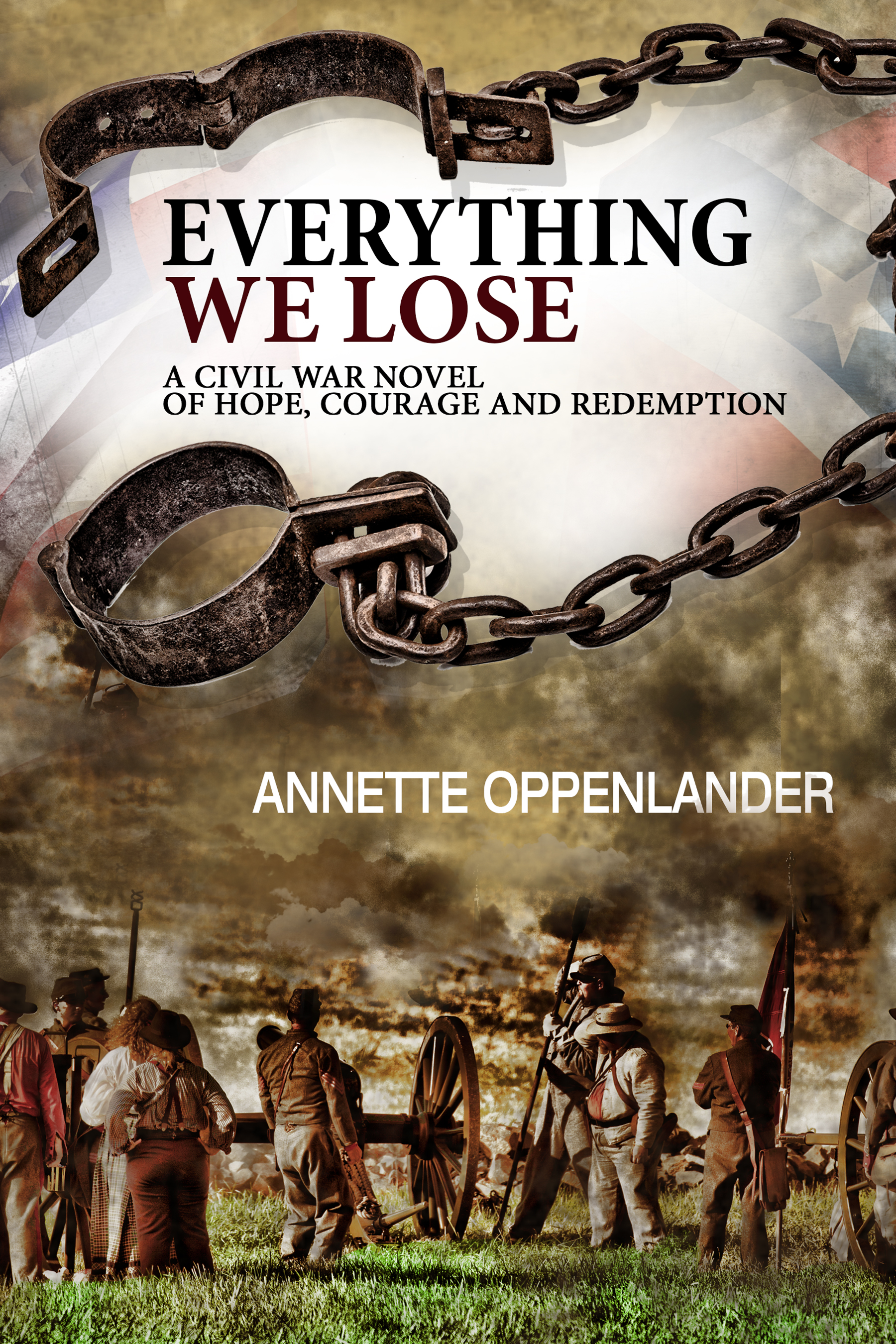 Two friends, one black, one white, torn apart by an attack gone wrong, one escapes into war, the other is sold into slavery - a breathtaking examination of the power of hope and friendship, and the endurance of the human spirit to find a way home.

After learning of his father's death and to protect his only friend, Tip, a slave at the neighboring plantation, farm boy Adam gets into a fight with the plantation's arrogant son. Convinced he killed the man, Adam runs off to join the Union Army. Unbeknownst to him, Tip is sold to a cruel farmer.


On a morning ride to his ruined farm, Adam recognizes Tip, his old friend. Together they return to Adam's place where Tip's mother lives after a stroke. A reunion happens. Adam goes off to meet the girl, he fell in love with during the war, and begins his dream, studying veterinary medicine.

Name: Adam Brown (changes his name to Adam Blythe in the Army)

A feature film: The American Civil War shown from the perspectives of two youths - thrown into the turmoil by bad luck and circumstance. 1. Convinced he can't ever go home because he killed someone, Adam struggles to survive the war as a common Union soldier, his new friend, Wes, who also harbors a nasty secret, by his side. 2. Tip's fight to survive the cruelty of slavery, his attempted and then final escape with the help of the Underground Railroad, forever banned from the south and his beloved mother, or so it seems. A historical action/adventure, a fresh approach that shows how regular people experienced the war, became heroes in the process, an emotional journey amidst the social and economical struggles of everyday life, made much worse by the ongoing turmoil of war, including historical battles, i.e. the first battle in KY - a unique time piece of a fascinating era in U.S. history.

Annette Oppenlander is an award-winning writer, literary coach and educator. As a bestselling historical novelist, Oppenlander is known for her authentic characters and stories based on true events, coming alive in well-researched settings. Having lived in Germany the first half of her life and the second half in various parts in the U.S., Oppenlander inspires readers by illuminating story questions as relevant today as they were in the past.