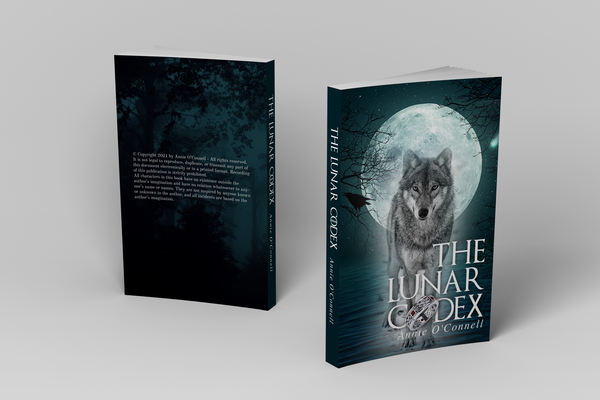 Jace Northall is an average 14-year-old whose life is turned upside down when he learns his entire life has been a lie to protect his true identity. As his birthday approaches, strange events start happening. When he accidentally sets off a spell, his Aunt and Uncle are forced to reveal the truth.

Jace Northall had a normal life until he was three, when his parents died, and he was adopted. The next twelve years consisted of frequent moves, which left him lonely. Their most recent move becomes a catalyst to forging strong friendships, learning the truth about his parents and who he truly is.


In a cruel twist, Jace learns his parents never died, and he was kidnapped. He discovers his parents are supernatural beings who could not conceive until his Aunt tricked them using fairy magic. Now that fairy is trying to collect, and the race is on to find his parents and defeat the fairy king.

Age: appears 45 in human years, but is actually over 200 years old

Imagine being an orphaned fourteen-year-old boy and discovering that the world you know is harboring creatures from fairy tales. Now imagine finding out that you are, in fact, one of those creatures! My book is called The Lunar Codex and tells the story of a young man coming to grips with his world being turned upside down after he discovers everything he has been told for the past twelve years, is a lie. With the help of his new friends, he sets out on a quest to discover the truth about his past and to set things right again. Along the way, it is revealed that there is more at stake than he initially believed. He discovers that he is the key to a prophecy, the Lunar Codex, which will allow the fairy king, Elashor, to take over the human world at the cost of our hero’s life. To complicate matters, bonds that have been formed with his friends on the journey would also lead to their death. The race is on to stop Elashor from succeeding in his plan for world domination. It’s Harry Potter meets Shazam. I am a mom of four boys and have always been a fan of fantasy. My love for the genre only grew with my boy’s love for it as well. The nidus for this story began while on my back deck watching my then, three-year-old and fourteen-year-old, playing in the pool. They were wrestling, and I teased that they became wild animals when they are outside. Poof, the seed was planted. Jace became a combination of these two boys while Marcus, his best friend, shares traits of my other two sons

Annie O'Connell is a busy mom of four boys, a Family Physician in New York City, and now the author of The Lunar Codex. Wanting to take a break from the real world, she would immerse herself in fantasy genre audiobooks while on long road trips with her 15-year-old son. Ultimately, this passion would lead to creating her lead character, Jace Northall, and his journey to discover who he truly is. When she is not saving lives or creating drama for poor Jace, she enjoys traveling with her family, listening to audiobooks, watching cheesy Rom-Coms, and crocheting lopsided blankets.