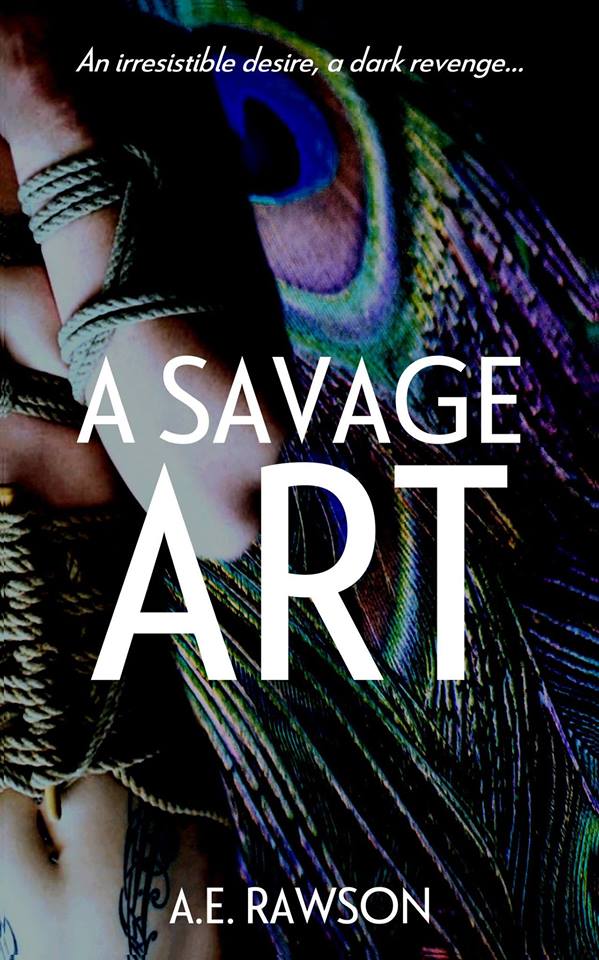 What might drive a good person to kill? Kate Savage, a fiercely independent artist who creates dark fairy tales in textiles, is seduced into an erotically charged and dangerous world where she must risk her freedom and even her life, to protect those she loves.

Textile artist Kate Savage is devastated by her assistant’s suicide but can’t convince the authorities the sadistic doctor John Reed is responsible. As Kate struggles to expose him, she is seduced into an erotically charged and dangerous world. When Reed is killed. Kate’s lover Peter is arrested.


As Kate tries to clear Peter, she uncovers fraud, blackmail and murder linking Reed, club owner Frankie Quinn and banker David Farrer. Quinn ambushes Kate at her studio, but she kills him in cold blood, convincing the police it was self-defence. Kate has made an enemy of powerful sociopath Farrar.

Kate Savage gives up a high-flying career to fulfil her dream of being a textile artist. After a lifetime as a loner, she takes on her friend Peter's protegee, Rowena, as her assistant. Rowena's life mirrors Kate’s. She gave up a child for adoption when she dropped out of art college – Rowena is adopted and searching for her birth parents. Kate grows closer to Peter, and starts to fall for him. Then she finds Rowena, dead by her own hand, and Kate feels responsible The police write off the torture revealed in the post-mortem as consensual, ignoring Kate's doubts about Dr John Reed, Rowena's lover. Kate investigates. She enters Reed's world - a seductive, erotic subculture, where she finds links between Reed, club owner Frankie Quinn and sociopathic banker, David Farrer, together with evidence of fraud and the murder of Rowena's birth mother. Peter is arrested for Reed's murder. He and Kate suspect each other, and he pulls back, breaking her heart. Realising Quinn is the killer, going against everything she believes, Kate sets a trap, killing him in cold blood. The police accept she acted in self-defence. Peter knows better, but understands, and they reconcile. Kate and Peter confront Farrar. She knows that he was Rowena's father and hired Quinn to intimidate his child, fearing blackmail, but Farrar has proof she tortured Reed. It’s stalemate. Kate is transformed by her journey into a world as dark and seductive as her own fairytale textiles, returning with renewed hope

Ann Rawson's debut novel, A Savage Art, inspired by her love of textile arts and dark fairy tales, was published by Fahrenheit Press in 2016. She has stories appearing in two anthologies – A Dog's Life, in Me Too Stories, Level Best Books, September 2019, and Too Much Tea, in Stories about Penises, Guts Publishing, later this year. She's currently working on a memoir and her next novel.