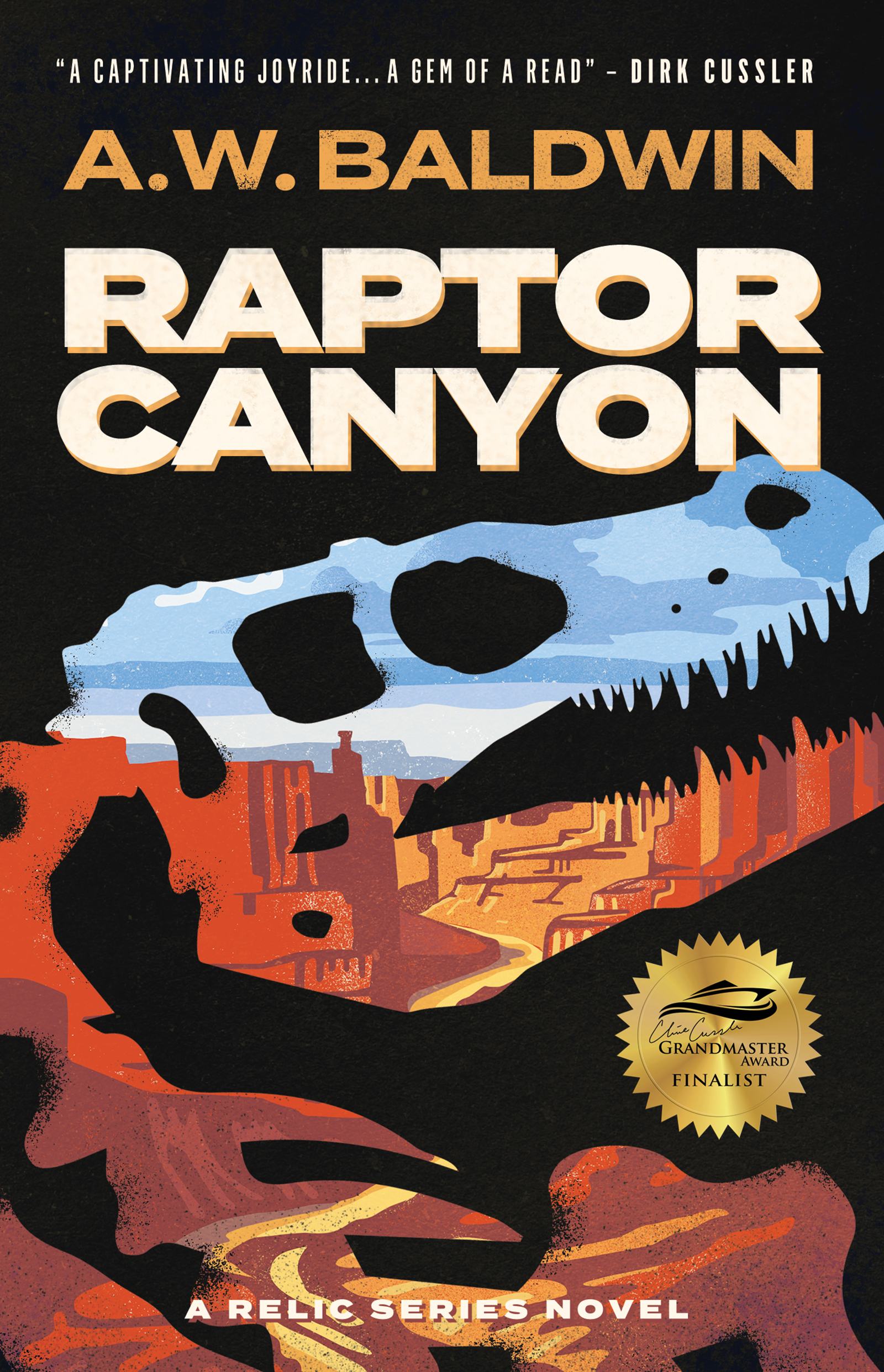 A moonshining hermit and a young attorney uncover an unlikely set of dinosaur petroglyphs and swindlers turning a pristine canyon into a high-end tourist trap. The attorney will lose his career if he fights his powerful boss, but they monkeywrench the project to save themselves and the canyon.

The hermit "Relic" watches three men by cliffs in the canyon. When two of them murder the third, Relic discovers dinosaur petroglyphs and a massive development underway lower in the canyon.


The young attorney, "Relic," and a young woman whose grandfather was swindled out of the land, monkeywrench the development and escape on horseback as the sheriff arrives and the bad guys' plans fall apart.

A moonshining hermit, a power-hungry big-city lawyer, a naive young attorney, and a $35 million con job set the stage for this action - adventure (with a touch of humor) in Canyonlands National Park (red rock country, Utah). The big-city lawyer has swindled an old rancher out of his canyon and arranged for a set of highly unusual dinosaur petroglyphs to be carved into the cliffs. When the hermit witnesses the murder of the petroglyph artist, he sets out to discover what is going on. A young attorney accompanies his boss to the site, which his boss and others have begun to develop as a high-end tourist attraction. The hermit snoops around the site and when a treacherous security chief tries to kill him, the young attorney is caught in the chase. They must tolerate each other (humorous interactions) and survive whitewater rapids, maze-like caverns, and gun totting henchmen. Eventually, the young lawyer joins the hermit's desperate plan to monkeywrench the project, changing the trajectory of his life and career. The granddaughter of the old rancher has sneaked onto the site to investigate and the unlikely trio save the pristine canyon with their wits, a full box of toothpicks, (and a little dynamite). She and the young lawyer ride away to safety on horseback and the hermit disappears again into the landscape. Readers' Favorite calls it "a hoot of an adventure" and Dirk Cussler says "a modern day monkey wrench gang fights for the preservation of the land...[its] a gem of a read."

Readers’ Favorite has awarded 5 stars to all of his novels, calling Raptor Canyon “a hoot of an adventure novel… most highly recommended.” An avid backcountry hiker, canoer, and whitewater enthusiast, the author takes his readers on adventures in ancient lands that shape the motives and spirits of his characters. A.W. Baldwin finished his first novel, Desert Guardian, in 2017. His second novel, Raptor Canyon, builds on a character introduced in Desert Guardian, a moonshining hermit living deep in the remote canyons of Utah. Raptor Canyon received the Grand Master Adventure Writers’ Finalist Award and was a finalist in the 2019-2020 Screencraft Cinematic Book Contest. His third novel, Wings Over Ghost Creek, was released in 2019 and also has received the Grand Master Adventure Writers’ Finalist Award. His fourth, Diamonds of Devil’s Tail, was released in October of 2020. Sandstone monuments, sheer canyons, and startling vistas provide the unique settings for these thrillers. Adventure, mystery, and personal challenge combine in a world surreal in its scope and deeply rooted in American history. A graduate of Wright State University and the University of Idaho School of Law, Baldwin has practiced law for more than 35 years. He began his career with a poverty law fellowship award on the Wind River Indian Reservation in Wyoming. He has appeared before the U.S. Supreme Court, Ninth and Tenth Circuit Courts of Appeal, and other Federal, Tribal, and State Courts. He won the right of the Northern Arapaho Tribe to operate (and self-regulate) the full gamut of casino-style gaming without state control. He has successfully litigated First Amendment religious liberties, voting rights, Tribal sovereignty, and for environmental justice. He earned his private pilot’s license in 1997 and enjoys flying a Cessna 172.

An old man and a lawyer team up to save a beautiful canyon filled with ancient discoveries from from ruthless developers.

The book profile could use better syntax. It seems thrown together.

There is intrigue right from the start.

It's a bit predictable. It could use some additional misdirection so that it's less familiar.

Can an old man and a lawyer get to the bottom of a major swindle and save their canyon and their lives?

There isn't a built in base to this story but there is suspense and word of mouth could generate a large audience.

The fact that there is a mixture of archaeology and mystery in the USA is unique. A little more edgy dialogue could help.

The lead characters are honest and decent

It's not rare - it could use better dialogue and perhaps some better plot points but if shot right this could be a decent film.

This has the elements of a good film - a likeable group of characters and a serviceable plot. A good screenwriter could make a decent film out of this.