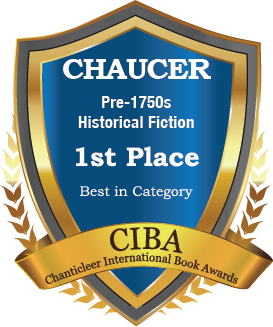 A man must summon super-human strength to spread a desperate message of hope from his battle-worn brothers to his distanced wife and city. Enduring trials, he sprints the 26.2 mile legendary run from Marathon to Athens to deliver news of Ancients Athens' unlikely but necessary survival.

Philippides is a young, gangly boy in Ancient Athens. He forms an unlikely friendship with a misunderstood boy, who dares Philippides to race the sun god. The race showcases Philippides's natural endurance. Philippides lives to honor his father, protect his sister and serve his great city.


After gripping trials, seductive oracles, and battles both lost and won, Philippides is an Athenian runner. The unlikely Athenians fight the Persians at Marathon, winning with the help of their gods. Philippides runs 26 miles to Athens to beat the last of the Persians and shout victory for Greece.

The marathon is an inspiring, patriotic tale, not yet told as a personal story. Film has adapted Ancient Greek epics like "300", "Hercules" and "Clash of the Titans". We're missing "26.2", the legendary, inspiring and much-emulated first of all the marathons. Philippides, a man of inhuman fortitude runs 300 miles to gather allies for Athens' war, then fights in the war himself, helps win an unlikely battle, and races another 26 miles home to declare his countrymen’s victory. This story imagines who Philippides was and how he ran like he did. It envisions his want to honor his city and father, protect his sister, love an oracle, and both summon and overcome the gods. Ancient Athens comes alive, showing the rise of people and the world's first Democratic vote, intertwining an ancient world with modern values. People will root for Athens. People will cheer on Philippides. The characters' courage, strength and ability to survive will resonate with the audience's own dreams and desires to become their best in life. Philippides's victory will mirror audiences' bravado, inspiring viewers to rise and achieve their own impossible strengths. "26.2" is film visionary, encompassing big battle scenes, beautiful Oracle laden mountain spirits, as well as Ancient Greek fortitude and courage. The characters are strong, humourous, adventurous and inspiring. Let Philippides tell his story, shouting victory, hope and inspiration all through the world's first 26.2 marathon.

“26.2” is this year’s First In Category Award Winner of the Early Historical Fiction Chanticleer International Book Awards. Cleven is a marathoner and Greek traveler whose personal experience evokes heart and honesty into this classic story. Cleven also won an honorable mention in Amazon's Breakthrough Novel Award as well as a published entry in a poetry anthology. Cleven lives in rural Wisconsin with her husband and young daughters. She enjoys the outdoors, running, and the creative arts. As both a runner and writer, she always thought Philippides's story was one of inspiration and legend that needed a bold retelling.

Philippides, a young Greek boy, finds out he has astonishing racing abilities. After becoming a herald, he plays an essential part in Greece's victory in the war against the Persians by heroically running 26 miles to his own death.

The fact that it is the story of a legendary, but little-known heroical individual.

It takes too long to get to the main part of the narrative.

It's the true story of an Ancient, little-known hero.

Maybe not a large fanbase, but it has the potential to attract an audience interested in history and heroic figures.

Yes, if adapted with a talented crew and a good team of actors.

300 - THE FILM PARTIALLY NARRATES THE STORY OF THE CONFLICT BETWEEN GREEKS AND PERSIANS. CHARIOTS OF FIRE - A CLASSICAL MOVIE ABOUT THE GLORIES AND HONOR OF RUNNING.

It is the little-known, partially fictional story of a legendary, Ancient icon. It could be even more unique if it focused more on the main conflict itself.

He is a determined, wildly talented young man, who manages to save an entire nation and inspire an enduring competition by pushing his own limits to the maximum.

Not really a rare gem as it is, but the main idea and the development are good, and, with some revisions, could be even further improved.