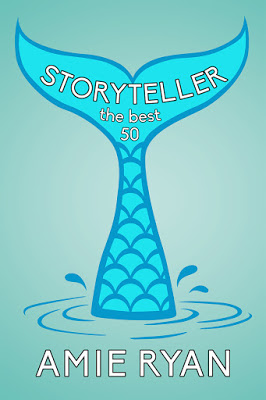 Seattle girl comes of age in the 1980s, relishing time with her friends while trying to cope with her pill addicted and abusive mother at home. 50 stories show glimpses of this girl as child, as teen, and later as mother of her own teenage son.

Main character as child understands her mother has a pill addiction and experiences fear and abuse, which she learns to hide from her friends.


As adult, Amie has greater perspective about her mother's life and accepts that while the past cannot be changed, she can be a different type of parent.

In this story the reader meets Amie, a Seattle girl, at different stages in her life: as a child in the 70s, as a teenager in the 80s, and then as a mother to her own teen son. Her home life is frightening, as her mother is addicted to prescription meds and is prone to volatile and abusive behavior. A thread woven throughout this collection shows the reader the many times this mother has claimed to be terminally ill. As Amie gets older she learns to mistrust that these predictions are true but each time is afraid not to take them seriously, in case her mother is actually dying. The primary focus is how Amie's friends and school life are a welcome escape as well as the place she sees positive role models. A filmed version would immerse the viewer in this 80s suburban high school, home of the Kangaroos, where Amie is a cheerleader and the student body is a busy mix of preppies, jocks, punks, student government types, and batcavers (read: pre-Goths). At this school the music of the 80s is everywhere and the students watch, on TVs set up in the classroom, as the space shuttle Challenger explodes, they wonder about AIDS, break dancing is new, MTV is popular, etc. Characters in this mix include: Steven: Amie's on again off again jock boyfriend who comes from a wealthy family who intimidates her. Rosalyn: Amie's best friend, with whom she competes for a boy from a neighboring school. Jean: friend to both Amie and Rosalyn and a frequent third wheel, which she resents.

Amie Ryan is an author whose essay collections examine American culture, sometimes set against the backdrop of the 1970s and 1980s. She frequently addresses the theme of how people communicate with each other. Amie’s first hit was her essay “The Seattle NO,” which went viral in November 2013. Her books include three essay collections: Green Shoes Mean I Love You, Starfish On Thursday, and Secrets From The Star Jar. Her Marilyn Monroe biography MARILYN: LOVED BY YOU was a #1 bestseller in its category on both Amazon US and Amazon UK.

Amie tells stories about her life and recalls her troubled relationship with her mother.

It does, but I believe Amie's mother is not precisely an antagonist. She is not the typical type of mother we are used to seeing portrayed on screen, but she is not a villain either.

The text is entertaining, and although Amie is telling stories that often reveal her troubled mother, everything is done in a very sensitive, and sometimes fun, way.

There are so many stories that, after some pages, you don't care so much anymore. Not that the stories are not attractive, but you don't need to read all of them to understand the plot.

The hook is the honesty the protagonist makes use of when telling the stories.

I wouldn't say a large fanbase, but this is the type of movie that could definitely attract people, mainly because it tells ordinary stories of a typical teenager. People could easily connect with those stories.

If intensifying the troubled relationship between mother and daughter, if showing the effects (positive and negative) that the mother's behavior can cause on a child, and if developing Amie's emotions, I believe it would have Awards potential.

8TH GRANDE - A TEEN WHO IS TRYING TO BALANCE HER SOCIAL LIFE AT SCHOOL WITH HER PERSONAL INSECURITIES. LADY BIRD - A FILM THAT SKILLFULLY EXPLORES THE RELATIONSHIP OF MOTHER AND DAUGHTER

There's nothing much original about the story itself, but the author has her own voice to tell these stories.

They look real. Amie's character sounds convincing as a teenage girl trying to have a normal life and be loved by her friends and family. Amie's mother is not perfect, which gives her a more honest aspect.

Not a rare gem, but it has enough material to become an engaging film/series.