Alycat and the Friendship Friday 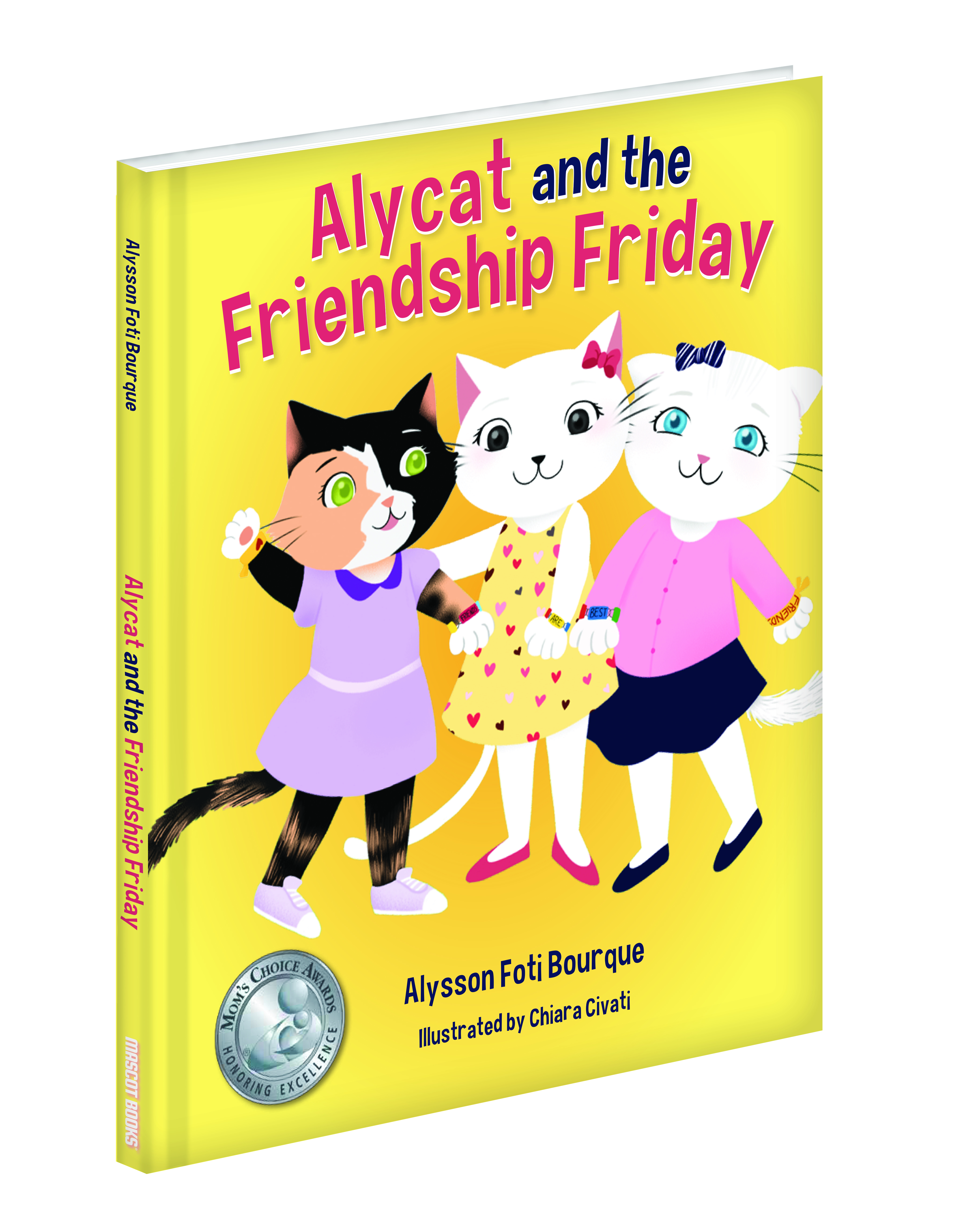 Alycat's teacher has something special planned for Friday: a field trip! But when a new student joins the class, someone feels left out. Can Alycat use her creativity and imagination to help everyone feel included?

Alycat is excited about her field trip to the health clinic today! But when a new student shows up and Alycat feels left out, the cats join together to include everyone in their friendship circle.


Alycat makes a friendship bracelet for everyone to include everyone in their friendship group, adding more words on the bracelet and more friends to include.

The Alycat Series is a rapidly growing award-winning children’s book series that has been developed into a brand recognized in homes across the world and recently in the 2020 Oscars Hollywood Swag Bags. With over 10,000 Alycat books sold to date, the lessons are based on good morals and values, each book solves real-life issues using creativity, imagination, and friendship. About Me: Known as the lawyer turned award-winning children’s book author, I have written four books in the series and two original songs found on iTunes, Apple Music, and YouTube and stories can be read along with the Shark Tank featured app, Novel Effect and Times Best Invention app, Caribu. My visits are accompanied by Alycat the Mascot who has performed as the opening act at the Kidz Bop concert and at the UL FootballBasketball halftime shows. Honors: Featured in the Oscars Celebrity Swag Bags (2020) Awards • NY Big Book Award, • 4x Mom’s Choice Award • Benjamin Franklin Digital Award • Best Book Award Finalist • Readers’ Favorite Award Reviews • Glowing reviews from Kirkus Reviews • Midwest Book Review • Booklife Reviews by Publisher’s Weekly • Readers’ Favorite Review/5-Star Rating • “Hot New Release in Children’s Values” books by Amazon (January 2020). Endorsed • Youtube Storytime by Celebrity Stylist Lindsey Dupuis Bledsoe • Thank You letter from Catherine, Duchess of Cambridge and Prince William, Duke of Cambridge, First Lady Donna Edwards, and more.