THE HOUSE OF THE WOLF 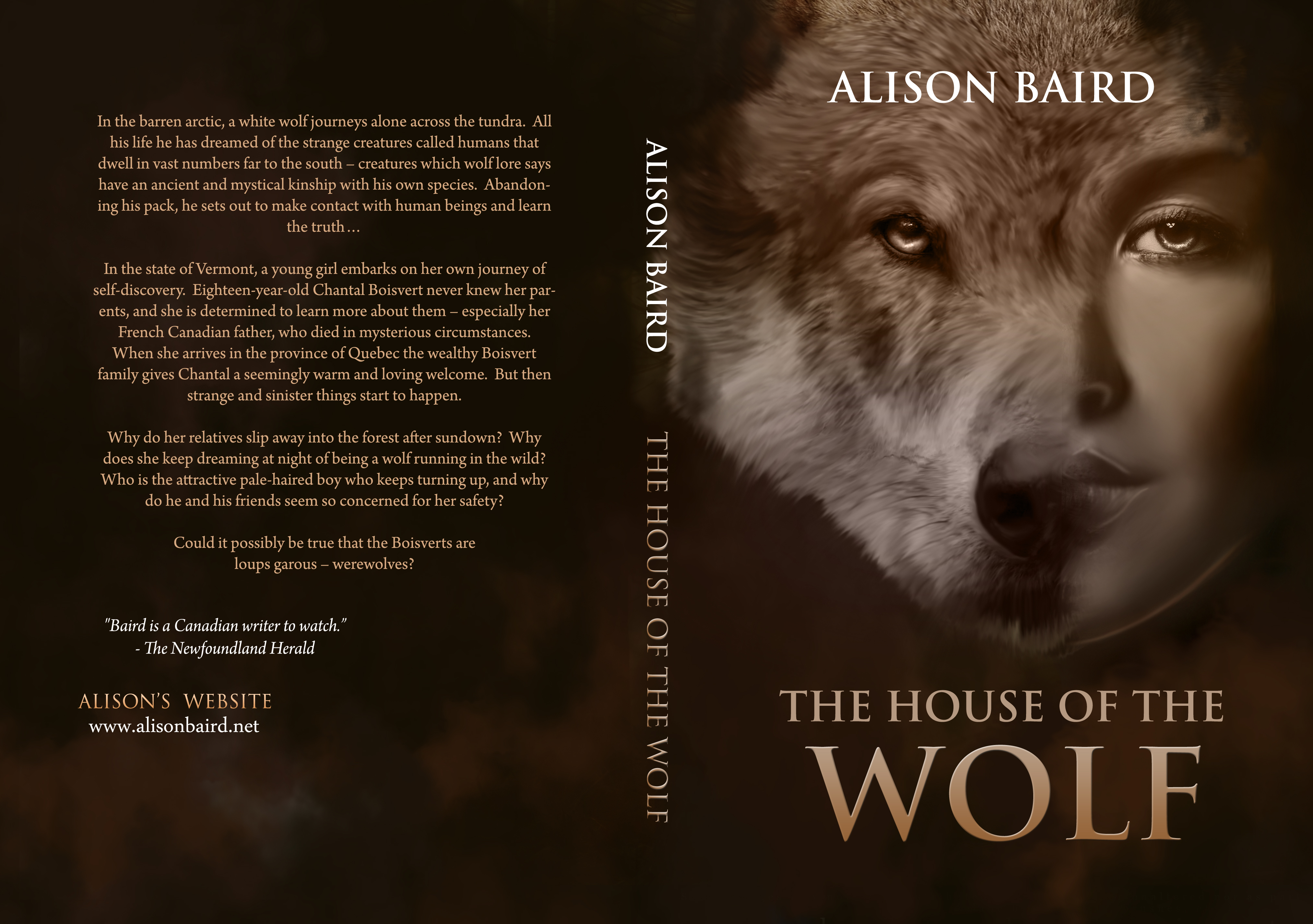 When a young American girl journeys to Canada to seek out her late father's family, she is horrified to learn that they are a secret clan of werewolves. Even worse, she begins to realize that she is one herself.

When young Chantal Boisvert arrives in the province of Quebec her late father’s family gives her a seemingly warm and loving welcome. But then strange and sinister things start to happen. Could it possibly be true that the Boisverts are "loups garous" –– werewolves?


The Boisvert family attempts to force Chantal to marry the evil Yves Lapierre against her will, kidnapping her and threatening to kill her human family if she resists. But Chantal turns on Yves in rage and defeats him in battle by transforming into her new wolf-form.

A blend of romance, horror and adventure, this story seeks to do for werewolves what Anne Rice and Twilight did for vampires. Usually portrayed on film as vicious, hideous monsters lurking in rural communities, werewolves have traditionally lacked the glamor and appeal of their blood-sucking kin. But the werewolves of The House of the Wolf are a different breed. Elegant, cultured, concealing their dual nature from fear rather than shame, they once lived as aristocrats in France before the Terror forced them to flee to the New World. In modern-day Quebec they are business moguls, clerics and politicians, using their wealth and power to manipulate the humans around them and threaten any rogue werewolf who might betray their secret. The story’s young American protagonist has no notion of the danger she is walking into when she travels alone to Quebec to meet her late father’s family. A cinematic version of this story could utilize a mix of CGI and live action to make the characters believable in both their human and wolf forms. The filmmaker will also want to take advantage of the story’s main settings, Quebec City and Montreal: two of Canada’s most picturesque and historic cities. Conveniently, Montreal is also a major center for film production.

Alison Baird is the award-nominated author of numerous novels for both adult and young adult readers, including The Dragon Throne trilogy (Warner Books), The Dragon's Egg (Scholastic Canada), White as the Waves (Tuckamore Books), The Hidden World, The Wolves of Woden, and the Willowmere trilogy (Penguin Canada). Baird has also published numerous works of short fiction in Canadian magazines and anthologies. She lives in Ontario, Canada.

Chantal is forced to explore her secret family and that family’s secret. She struggles to not only embrace their hidden side as werewolves but also that she is one of them. She must learn to embrace her wolf in order to defeat her arranged and deranged fiancé.

The odd occurrences that lead Chantal to discover the “loup garous” secret are intriguing, dark and mysterious. They create a natural tension.

The pacing to reveal the main conflict of Chantal being a werewolf as well is rather delayed and her inner conflict in accepting these parts of herself is not apparent until mid-way through this reveal. By making her inner conflict more apparent sooner there will be stronger emotional investment and even pacing.

The hook is that Chantal thinks the secret is that her dad’s family are werewolves but the real secret is that she is half-werewolf and must accept this in order to regain control of her life.

This could have the same built in fan base from Twilight as enough time has passed for supernatural romance to feel fresh again with different monsters.

While the same genre proves commercially successful for the most part, the same genre is unlikely to get nominated by critics as werewolves fall into the oft overlooked fantasy category.

The originality stems from the folklore established by the Quebec setting regarding the pedigree, threats and origins of the werewolf culture. Making the external conflict about their existence more apparent earlier may help establish Chantal’s revelation and inner conflict sooner.

Chantal is heroic, driven, and self-sufficient. Yves is calculating and close-minded. The hunter is dutiful and cautious.

The folklore is intriguing, but further development to the inner conflicts and more movement in the external conflicts could help more evenly sustain tension and even out pacing.

The conflict can feel draw out without clearer inner conflicts consistent and apparent throughout the narrative. The antagonists can feel static without more depth beyond the common struggle of being half wolf and half man.

Diversifying the inner conflicts of the characters and making the external conflict and main theme of being a werewolf in modern society apparent sooner could help adjust pacing and increase emotional development.